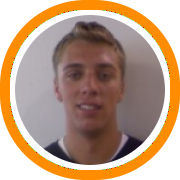 There is no movement to report in our top three as Alex Oriakhi, Erik Murphy, and Jamal Coombs are still far ahead of the rest of the pack.  Each of the three stars had their moments shining on the national stage this summer.  Oriakhi may have been at his best at the Lebron James Skills Academy where he was one of the camp’s best big men according to multiple national media outlets.  Murphy dominated the nation’s #1 ranked player, Derrick Favors, at the Adidas It Takes 5ive Classic to lead the New England Playaz to gold bracket championship, and Coombs starred at the Nike Peach Jam leading BABC in a run to the finals.

Mike Marra remains in our four spot although Jordan Williams and Givon Crump are both giving chase at #5 and #6.  The Louisville bound sharp-shooter wasn’t at his best for the latter part of the summer, but his ability to shoot the basketball gives him a specialty that few others in the country can match.  Williams cracks the top five for the first time and we think he is only going to continue to get better as we’re talking about a humble and hungry young man with a terrific work ethic.  Like the Torrington big man, Crump also had a big summer, especially at the Reebok All-American Camp to begin the month.

Tevin Baskin, Austin Carroll, James Southerland, and Thomas Knight round out the top 10.  Baskin was up to his normal high flying tricks as he again starred with the New York Gauchos this summer.  After finally healing from a nagging ankle injury, Carroll was at his best at the end of the month as he showed himself to be the hard-nosed, highly intelligent, sharp-shooting guard we have always known him to be.  Southerland returns to Notre Dame Prep for another year but that should only be a brief delay before the beginning of his Big East career as the New York native remains committed to Syracuse.  Knight cracks the top ten for the first time after his recruiting stock blew up at AAU nationals to the tune of multiple high-major scholarship offers.

Daryl Cato-Bishop and Malik Smith are next in New England’s “Top Twelve”.  Playing on a BABC team that featured Oriakhi, Coombs, Gerard Coleman, and Phil Pressey, sometimes this duo can fly a little under the radar.  But Bishop’s toughness and unlimited competitive drive along with Smith’s instant offense off the bench were two of the biggest reasons why BABC was able to turn in such a strong season this year.

Be sure to check the updated 2009 rankings for all six states as well.  Rankings will not be updated again until November, when all of the newly arrived NESCAC talent will be added.