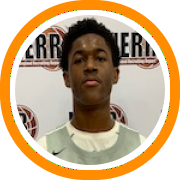 The second day of the 2019 Zero Gravity Prep Classic brought in elite teams and prospects from across North America, in an electric atmosphere at St. Andrews School. Headlined by the arrival and domination of national powerhouse Brewster Academy, the day consisted of college coaches, highlight plays and intense games all around.

The event wraps up on Sunday with 12 more games on the Barrington, Rhode Island campus.

Saturday's Games of the Day

This high level and physical showdown between two elite Massachusetts programs certainly lived up to the hype. The game was tightly contested throughout, with Lawrence Academy, behind the play and on-court leadership of senior Jordan Richard, gaining a slight advantage early on but the game entered halftime tied. Winchendon gained an early second half lead but Lawrence wouldn’t give in, making it a single possession game with under a minute to play. Jay Rodgers spearheaded the attack for the Big Green with 28 points while Lawrence Academy was led by sophomore forward Reed Bailey with 17.

The showdown between these two schools was an example of offensive excellence throughout the afternoon, with both teams stroking the ball well from behind the arc. Redemption took a 1-point lead into halftime, however, The Patrick School stormed back in the second frame behind the shooting and toughness of senior forward Bendji Pierre. Sophomore guard Nathan Jeanne paced Redemption in an entertaining yet tough loss for the squad.

The gym was packed wall-to wall with fans, scouts, and media members all there to see the national powerhouse from Lake Winnipesaukee, and they didn't disappoint. Coach Jason Smith’s group got off to a scorching start, using their plethora of athleticism to attack the rim and force their opponents into turnovers with a vicious full court press. High-major Division 1 commits Terrence Clarke (18 points), DeMarr Langford (16 points), and Matt Cross (25 points) led their squad to a comfortable victory.

After getting off to a slow start, NMH turned up the heat from deep in the second half with a barrage of nine three-pointers. The dominance continued inside the arc where Moses Ngodock and Luca Lukacevic made their presence known in the paint. Look for this team to contend for yet another NEPSAC AAA and National Prep Championship.

Cheshire Academy came out firing on all cylinders behind the strong play of their backcourt. Senior point guard Asa Beyah, committed to Canisius, impacted the game with his calm demeanor, leadership, and efficient scoring. He scored a team-hgigh 15 points while Ethan Okwuosa chipped in with 13, including several big shots. Brimmer & May showed tremendous resolve and at one point the lead was down to three. Although the comeback fell short, Kyrell Luc of B&M was the best player on the court finishing with 31 points and almost single handedly willing his squad to a near comeback victory.

Jaylen Rodgers, Winchendon, 2020 - He was able to score at all three levels today, with his ability to get into the lane proving vital for Winchendon’s success. Along with his ability to attack the rim and finish through contact, the 6’3” post-graduate guard showcased his outside shooting by canning three triples, including two clutch threes in the final minutes.

Kyle Filipowski, Wilbraham & Monson, 2022 – Although Filipowski is still in his sophomore campaign, he dominated today for Wilbraham and Monson Academy, playing much beyond his years. The 6’9” forward made his presence felt from the tip, raining in two threes and finishing the first half with 12 points. The big man’s influence continued into the second half and he ended up with 22 points and multiple boards.

Moses Ngodock, NMH, 2020 – The 6’8” center from Louisiana stuck his claim on NMH’s win early on today, wreaking havoc on the offensive glass and grabbing everything in sight on defense. Ngodock continued his strong effort into the second half and was rewarded for his activity with 16 points on the afternoon.

Ben Callahan-Gold, NMH, 2020 - Callahan-Gold played arguably the best half of basketball out of any player today at the Prep Classic. He ignited the crowd by connecting on, count it, six second-half three-pointers. With the crowd and his own bench behind him, Callahan-Gold was locked in from deep, even draining a deep triple while being fouled.

Terrence Clarke, Brewster Academy, 2020 – The five-star Kentucky commit drew excited cheers from the crowd during his high-flying warm-ups and continued to delight the fans during the game with his all-around floor game. He made several key passes, showcases his athleticism by skying for rebounds, and made plays on the defensive end while still adding 18 points.

DeMarr Langford Jr., Brewster Academy, 2020 - Langford was aggressive throughout the contest, with his explosiveness on the defensive end often leading to fast-break layups on the other. Langford’s athleticism popped off of the court, and he was able to not only finish with a variety of moves at the rim, but also get to the charity stripe.

Kyrell Luc, Brimmer & May, 2021 – Luc makes up for what he may lack in size with elite explosiveness and a nifty touch around the cup. After finishing the first half with 12 points, Luc took it into another gear after the break, attacking the basket every time down the floor and finishing with a variety of moves. Luc’s ability to penetrate the paint and get to the charity stripe jolted Brimmer & May with energy and his 31-point explosion certainly caught the eyes of coaches in the gym.

Myles Wilmoth, St. Andrew’s, 2020 – The 6’9” forward for hometown St. Andrew’s showed the crowd exactly why he will be playing basketball at Butler University next year. Wilmoth`s combination of speed and athleticism make him a menace on the defensive end, swatting shots with ease and gobbling up rebounds. Offensively, he showed off his beautiful stroke by knocking down two threes, while also stepping into the paint and finishing nicely around the rim.

Kellen Tynes, Rothesay Netherwood, 2020 – The 6’3” point guard led his Canadian squad to a victory in the final game of the day on Saturday over West Nottingham Academy. Tynes showcased his well-rounded game, with an ability to score behind the arc, in the mid-range, and at the basket. He poured in 26 points and seemed in control when leading his group.

Bryson Andrews, Bridgton Academy, 2020 – Andrews is a 6’3” shifty guard on Bridgton Academy who impacts the game and creates for teammates. Andrews has a knack for making winning plays, and the versatility in the game opens up the game for the rest of his team. A talented scorer with and without the ball in his hands, his post-graduate year at Bridgton should allow him the chance to continue his growth at an elite college institution.