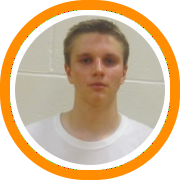 Mason is a highly talented guard who has starred for Hotchkiss in each of the last three seasons.  He was named 1st team All New England in Class A this season after leading his team back into the post-season.

Mason made a name for himself as a young player, starring at various Adidas Junior Phenom events long before he ever arrived in the high school ranks.

He’s been a member of the starting line-up since day one of his freshman season and turned heads early  in his career with a starring performance against St. Anthony High School at the Prime Time Shootout and a subsequent showing at the Duke Elite Camp over the summer.

Since that time he’s seen recruitment from a variety of top academic division I programs, while continue to develop his game and body.

He’s added an extra gear to his game in the last year and now features a lightning quick first step along with a strong frame.  He’s extremely proficient at playing pick and roll, capable of making tough shots from the perimeter, and able to put his team on his back for long stretches.