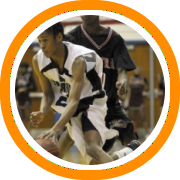 Windsor High School, one of the most storied programs in Connecticut High School basketball, is sending five graduating seniors on to continue their basketball careers next season.  Four of those seniors will move on to prep school while another begins his NCAA career.

Tyrus Weaver, the team’s most decorated senior, will head to Putnam Science Academy next year according to Windsor head coach Ken Smith.  Weaver scored over 1000 points during his career as a Warrior, started in the backcourt of last year’s state championship team, was a two time selection to the All-CCC team, and named to this year’s All-State team.  Best known for his ability to score in bunches, especially behind the three-point line, Weaver is sure to make huge offensive contributions for PSA next year.

Ishmael Kalilou, who started at one of the forward spots for Windsor this year, is reportedly heading to the Taft School.  Kalilou was named to the 2010 All-State Academic Team and also selected to the New England Senior All-Star Game after averaging 12 points, 6 rebounds, and nearly 2 blocks per game this season.  The six-foot-six forward improved at a rapid rate this year, adding a noticeable amount of muscle to his athletic frame and further developing his inside-out skill set.

Also heading prep is two-sport star Ryan Delaire.  The high rising athlete will stay local and head to the Westminster School next year where he will play both football and basketball.  Delaire was an All-CCC selection on the hardwood this season after averaging 8 points, 14 rebounds, and 2 steals per game.

Maurice Eastwood is the fourth member of Windsor’s senior class heading to prep school next year.  Eastwood will be making the trek to Philadelphia to attend Rise Academy.  The swingman averaged 11 points, 7 rebounds, and 3 steals per game this year as a senior and was selected to the Connecticut Coaches’ Association Senior All-Star Game.

Making the immediate transition to the college level is guard Brandon Jones, who is headed to Emmanuel College.  Jones was selected to the 2010 All-State Academic team and averaged 9 points, 2 steals, and 3 rebounds per game.  Best known for his defensive abilities, Jones is likely to see immediate minutes in Emmanuel’s rotation.