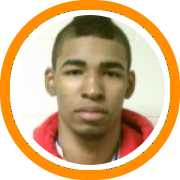 One of the last remaining division I prospects in New England's 2012 class officially came off the board on Friday as Wilbraham & Monson guard Maodo Lo was reportedly accepted at Columbia University.

Lo is a German native who arrived at Wilbraham earlier this fall and proved to be a critical component to a team that emerged as one of the most dangerous in a very strong AA class.

The six-foot-three guard is a versatile and efficient backcourt performer.  On the surface, his ability to shoot the ball from the three-point line should make him an excellent fit in head coach Kyle Smith's system but it is the nuances of his game that will be equally appreciated.

Lo has the size and ball-skills to play on or off the ball, is a very good decision maker, capable of making plays with his bounce, and very rarely guilty of a bad turnover.