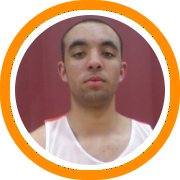 St. John’s High School’s Chad Labove has committed to Wesleyan University and head coach Joe Reilly after having been accepted to the school via early decision.

Labove teamed with his brother Matt, currently a freshman at Dartmouth, to lead St. John’s to the division I state championship in the MIAA last year.

At Wesleyan he will be joining one of the top up and coming teams in the NESCAC.

“They have a young team, they brought in like 9 kids last year,” Labove said.  “Coach Reilly turned around the program at Bates and I’m sure he will do the same at Wesleyan and I’m excited to be a part of it.”

“They only brought in one or two real big men so I will have the opportunity to play immediate and get some time,” Labove said.  “Coach told me they needed some help on the boards, defensively, and in the low post offensively, and I think I can do that.”

Labove is a talented big man who has become a much more assertive physical presence recently.  He had an impressive season with the CMAC Hawks on the AAU circuit last spring and summer and will add some much needed size and physicality to Wesleyan’s frontline as they continue their ascension up the NESCAC standings.