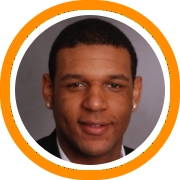 Brewster Academy’s Maurice Walker was the best available center left in the entire country according to ESPNU.

Well now that title belongs to someone else as numerous media outlets are reporting that Walker made a verbal commitment to Minnesota following an official visit to the school this weekend.

The six-foot-ten three-hundred-pound center also had offers from Pittsburgh, Marquette, Kansas, and others.  He projects as someone who should be able to provide an immediate physical presence inside the paint for Minnesota.

Walker was an integral part of a Brewster Academy team that claimed both the National Prep Championship as well as the NEPSAC Class A title and joins teammates Will Barton (Mephis), C.J. Fair (Syracuse), Melvin Ejim (Iowa State), and Austin Carroll (Rutgers) as 2010 products who have committed to BCS level schools.

Devoe’s younger brother, Cory Joseph, is one of the top unsigned point guards in the country and is expected to announce his decision at this weekend’s Jordan Brand Classic at Madison Square Garden.  Joseph will be choosing from a final list of Minnesota, UConn, Villanova, Texas, and UNLV.