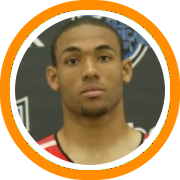 BABC was able to claim the championship of their own tournament by defeating arguably the next three best teams in the field in the City Rocks, CBC, and finally the Gauchos in a thrilling final.

Gerard Coleman was the hero of the final as he knocked down a 15 foot jumper with 15 seconds left to give his team an 85-84 victory.

To see the video highlights from the tournament please visit the New England Recruiting Report homepage.  To watch the highlights in full screen mode click on the screen icon in the lower right hand corner of the video of the week box.

We have also added new individual highlight reels courtesy of nextplay.com.  Be sure to check out the following updated profiles:

You can also tell which prospects have a video highlight reel included in their profile by visiting our prospect page.  If the prospect has a highlight reel you will see a film icon next to his name.  If you are a prospect and do not yet have a highlight reel, but would like to create one, please visit www.nextplay.com.