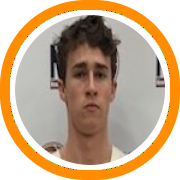 Jones joins Hotchkiss guard Miles Brewster and Beaver Country Day forward Anthony Morales in the Terriers' current class as all three of their pledges have come from the local prep ranks.

"CJ Jones' continued success as a student-athlete is the result of relentless preparation and old fashioned perseverance," said Vermont Academy head coach Alex Popp. "We are fortunate to have him in our locker room. I'm excited to see him grow this year as a player and as a person."

The Los Angeles, California native made his New England debut during the June scholastic period and made an immediate impression with college coaches with his size, shot-making prowess, and overall feel for the game. He went on to pick-up over a dozen division I offers before taking official visits to Bucknell, BU, and Penn.

He projects as an immediate impact player for the Terriers who has the potential to evolve into one of the more skilled wings and elite shot-makers in the Patriot League.

Jones is the second VA product to commit to a D1 school this fall following Jake Cook's commitment to LIU.