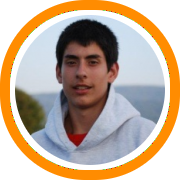 The Green Mountain State has a new number one in their junior class as Chad Copeland has taken the top spot for the first time.

A power forward from Twinfield High School, Copeland utilized the Vermont College Showcase early in the month of August to prove his worth competing against the best prospects his state has to offer.  Not only does Copeland feature the polished post game to score around the rim, but he also has the size to intrigue coaches from the next level as his six-foot-six frame could still be growing.

The number one ranking became vacant when Harrison Taggart, who had held the spot for two straight years, opted to transfer to St. Paul’s School in New Hampshire and reclassify to the class of 2013.

A pair of other big men round out the top three as size is apparently in ample supply in the Green Mountain State.  Eric Suder made a name for himself at this summer’s Super 16 Showcase, using his six-foot-eight frame to put up big scoring numbers against high level competition.  Third ranked Andrew Shuman continues to intrigue with the long term potential that goes along with the speed and athleticism he possesses at his size, but needs to start producing more consistently to remain in the first trio.

The top five list concludes with Rice swingman Jake Maynard followed by Mount Mansfield Union guard Tom Lacy.  Maynard does his best work with his long-range jumper and with a consistently decreasing number of shot makers filling college rosters, he should have a niche at the next level.  Meanwhile Lacy projects as one of the better perimeter scorers in the Vermont high school league this year with his Mount Mansfield Union squad.