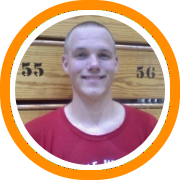 While Vermont’s most competitive high school basketball may be played in divisions I and II, the small town teams that fill divisions III and IV can produce the occasional gem.

This year for example, defending D3 champs Hazen are one of the state’s best all around teams.  After claiming last year’s title with a 60-48 decision over BFA-Fairfax in the final, Hazen appears to be the heavy favorite to repeat.

Led by Billy Boyd, a power player with a soft touch and great feel for the game, this team may even be capable of running the table.  Boyd is not alone though, as speedy scoring guard Tanner Benjamin can put points on the board and six-foot-seven Ryan Tatro makes this team dominant in the paint.

If anyone can challenge Hazen look for Lake Region to do so with veteran stars Richie Hackett and Emmit Simpson leading the way.  Twinfield will be tough too, with six-foot-four sophomore Chad Copeland emerging, while Stowe has one of D3’s best individual players in Jaren Scrub.

One night to mark down on your calendar is when Lake Region goes into the lions den to face Hazen in Hardwick.  It will be a classic night of hoops that no local fan will want to miss.

No team has been as dominant in recent years as Proctor, who is going for their fifth consecutive division four state title this year.  You can bet senior big man Zach Currier has no intentions of the allowing the streak to be broken on his watch but Proctor will have some challengers this year.

Six-foot-eight sophomore center Andrew Schuman gives Websterville an unmatched interior presence while Twin Valley will contend as well behind Scott Hayford who is one of the best all around players in Division IV.

Ultimately, less is more in the smallest populated schools of Vermont, as they put out some players as good as anyone around.