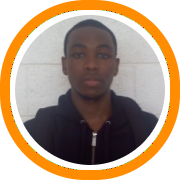 No NEPSAC team was more improved this year than Vermont Academy who saw a rebirth under first year head coach Jesse Bopp.  One of the key’s to their success was the play of junior shooting guard Martin Dixon-Green, who finishes the season as the state’s top ranked player in the class of 2012.

Dixon-Green is the latest in a growing line of Canadian talent to migrate south and this particular prospect has the tools to intrigue a variety of coaches from the next level thanks to his big time bounce and deep shooting range.

The state’s second ranked prospect, and tops overall in the public school league is Twinfield’s Chad Copeland.  The six-foot-six dominated the division four state tournament, tallying 32 points and 16 rebounds in the final to lead Twinfield to the title.  A well developed product with his back to the basket, Copeland has the size and interior tools to be a quality prospect for the next level.

Holding down the third spot is Mount Mansfield Union’s big man Eric Suder, whose size and length is virtually unmatched in the state.  The top five is rounded out by two new additions to this list in Rice forward Tim Rensch and Fair Haven guard Robert Colutti.

Another new name owns the sixth spot in Mount St. Joseph forward Jaskin Melendez while Colchester’s backcourt of Anthony Granai and Nate Hodge come in at seven and eight.

A player who still has an opportunity to go flying up this list is Websterville Baptist big man Andrew Shuman who has all the physical tools to be dominant locally with his size, athleticism, and mobility, but sits in the ninth spot until his production starts to catch his potential.

Rounding out the top ten is another new name, Travis Elliott-Knaggs, a six-foot-one shooting guard from Brattleboro.