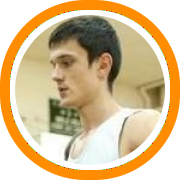 The long overdue process of updating our 2014 rankings begins today in the state of Vermont, where we have a new top ranked player.

Vermont Academy forward Hassan Hussein previously held the title going into the AAU season, but his move out of the state created a void that has since been filled by St. Johnsbury forward Vlad Cobzaru.

The six-foot-seven forward arrived last year from Romania, where he was a member of the U18 national team, and quickly established himself as the premier junior in Vermont’s state association.

He played on the AAU circuit briefly this spring but missed the summer evaluation period in order to return home, and so while he’s still flying fairly low under the radar beyond Vermont’s borders, he’s very much a proven talent within the local ranks.

Every good forward deserves a quality guard and that’s exactly what Cobzaru has at St. Johnsbury in Brendan OShea, who represented Vermont at this summer’s New England Elite 75 Showcase, and followed that up with strong performances at both Hoop Mountain Camps as well as on the AAU circuit with his Lone Wolf squad.

Third ranked Tom Fitzgerald has added an inch or two in the last year and stands out by virtue of his ability to create off the dribble and lock down opposing guards on the defensive end.

Spaulding’s Marcus Thornton, an interior threat with both the size and strength to be a menace inside the paint, checks in at the fourth spot, while the top five is rounded out by Ryan Booth, a skilled guard who specializes in knocking down shots from the outside.

Click here to see the Vermont 2014 rankings in their entirety.

Editor’s Note – These post-summer rankings do not include prospects who have not previously played within the region i.e. incoming post-graduates or first year prep school players.