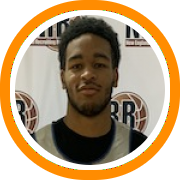 Post-July rankings continue this week with the class of 2020 where the Nutmeg State is up first.

The rising junior class is a particularly deep and talented one in Connecticut and headlined by a prospect who is now back at Sacred Heart High School after initially transferring to Our Savior New American School in New York as a freshman. Tabor will likely be the most talented player in the CIAC from day one as he's a budding big guard who can make plays for himself and others, is an improving shooter, and currently in the best shape of his career. He was a starter on the NY Rens squad that returned to the EYBL Finals at the Peach Jam this summer and is ranked among the ESPN 60 of 2020.

Behind Tabor, there are a handful of other products who are already attracting early high-major attention.

Matt Cross makes his debut in the Connecticut rankings after transferring from Cushing to Woodstock. A skilled forward, Cross is known for his ability to stretch the floor but his calling card may actually be his toughness. He did double duty for BABC this year, playing on both their EYBL team in the spring and then leading their 10th grade squad to consecutive championships in the month of July.

Putnam Science Academy guard DeMarr Langford is just a sheer winner. He has a phenominal physical build and impacts the game in more ways than perhaps anyone else in the class to date. He's a high level defender, excellent perimeter rebounder, and unselfish offensive player who is making consistent strides as a playmaker and shooter. He played key minutes for the Mustangs last year in their run to the National Prep Championship and was similarly important to the Rivals' success this summer.

In terms of sheer talent, Taelon Martin is as gifted a guard as there is in the class. He has the size, athleticism, playmaking ability, and a jumper that is making notable strides after previously being his Achilles heel. As he learns to put all of those qualities together on a consistent basis to impact winning, both his ranking and recruitment should rise rapidly.

Like Langford, Hassan Diarra also played a meaningful role in in Putnam's national championship run last summer. The PSA Cardinals guard competed with the same tenacity and toughness this spring and summer. He's as naturally competitive a player as there is on the list and ultimately that's bound to make him among the most productive when healthy.

Fellow Mustang Kareem Reid is oozing with talent. The long lefty forward has physical tools and is more skilled than he gets credit for. Like Martin, he's still working to put all the pieces together on a consistent basis but there is no denying the tools or upside of the New York Rens product.

East Catholic's Matt Knowling is the second best rising junior prospect in the CIAC and coming off a breakout grassroots season with NE6. The long and athletic lefty is starting to emerge at a rapid rate and potentially still just scratching the surface of his potential.

Woodstock Academy guard Daniel Dade is a certified bucket-getter. What the southpaw may lack in size he compensates for with skill and versatility putting the ball in the basket and is a top ten prospect in the state as a result.

St. Thomas More and Albany City Rocks wing Jair Currie made solid strides in his first year in the prep ranks last season but should be poised for a breakout encore performance in his second season in the NEPSAC.

Master's Cairo McCrory has seen that breakout already begin as the hyper-athletic wing is now collecting D1 offers. As his perimeter game continues to come on, that process is only likely to continue.

While those players have stood out enough to crack the top ten list so far, that is really just the tip of the iceberg when it comes to Connecticut's 2020 class. Windsor guard Corey McKeithan looks like this generation's version of Kahlil Dukes. Westminster guard Chris Robinson has put up big numbers with the New York Gauchos. Suffield guard Jalin Sinclair is a skilled playmaker with an instinctive feel for the game. Marty Silvera and Joshua Reaves are new to the class after transferring into Putnam and South Kent respectively. Loomis Chaffee has a high upside prospect in Reece Brown as well as a highly skilled guard in Josh Menard. Hotchkiss and Taft both have high-upside forwards of their own in Kyle Jenkins and Kai Kostmayer.

Put it all together and it's a deep and talented class that is only going to make increasing noise in the coming two years.