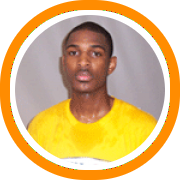 Chaney to the ACC

Allan Chaney, who played at the University of Florida this year, committed to Virginia Tech on Sunday afternoon after visiting the Big East school this weekend.  He also visited Temple and St. Joseph’s and was scheduled to visit Xavier as well.

Chaney committed to Florida after blowing up over the course of the 2007 July live period.  He played his high school basketball at New London High School in Connecticut.

The 6’8” forward found himself in Billy Donovan’s rotation to begin the season this year but saw his role reduced little by little as the season went on and he began to battle injuries.  Chaney was suspended by the team after a win over Miami in the post-season N.I.T. tournament for disciplinary actions involving the team’s athletic trainer according to Gator Sports Nation.  The same report indicates Chaney originally opted to transfer because of feeling unwanted and left out.  Donovan called Chaney’s decision to transfer “a mutual decision” in a release from the school’s athletic department.

At Virginia Tech, Chaney gets a fresh start while still playing in a high-major conference.  After sitting out next year he’s expected to be able to contribute to head coach Seth Greenberg’s line-up as a face-up four man who combines good size and athleticism with the skill set to do damage on the perimeter.

Two years ago Jeron Belin was one of the most talented seniors in the state of Connecticut.  He put up huge numbers for Maloney High School in Meriden, helped to lead them to the finals of the state tournament, and picked up All-State honors in the process.  Unfortunately, Belin was never able to become NCAA clearinghouse eligible and so he was forced to go to Junior College.

This past season Belin starred at Monroe Community College in New York, averaging over 14 points and 6 rebounds per game while shooting almost 55% from the floor.  The athletic 6’6” forward was named First Team NJCAA II All-American, NJCAA Region III Player of the Year, District II Player of the Year, and Basketball Coaches Association of New York Player of the Year.  He is expected to graduate from MCC this month.
"Jeron is an extremely gifted athlete who can play multiple positions," said St. Peter’s head coach John Dunne. "Since Jeron has had two years of college experience we believe that he will make an immediate impact on our program. He has a very good chance to be a solid scorer in our league right away."

Mike Moore, who starred at Hillhouse High School in Connecticut, before spending the last two seasons at Fordham University in the Atlantic 10, has decided to transfer to Hofstra University.  Moore committed on Friday night.

“I just liked everything,” Moore told SNY’s Adam Zagoria.  “I felt comfortable making the decision.  I know the administration cared about basketball.  I liked the facilities.  It was a well-rounded athletic program.”

Moore, who was originally thought to be leaning towards heading down south upon obtaining his release from Fordham, ended up choosing Hofstra over VCU, Northeastern, Creighton, Fairfield, and Cal State Fullerton.

Moore was one of Fordham’s best offensive players this past season as he averaged close to 15 points and 5 rebounds per game.  He’ll have to sit out next season because of transfer rules, but will be expected to score the ball immediately upon entering the Pride’s line-up.

Trey Blue is also leaving the Fordham program after spending his freshmen season as a Ram last year.  He committed to Illinois State on Thursday after having received his release last month.  After sitting out next year he’ll have three years of eligibility beginning with the 2010-2011 season.

Blue was anxious to get back closer to his Chicago home, especially in light of a tragedy that happened to his girlfriend’s family.  Jillian Henry lost her sister (Nova Henry) and niece (9-month old Ava Henry) in a January 24th double murder.  The story was widely reported by the national media because Ava Henry had two children with New York Knick Eddy Curry, including Ava as well as a 3-year old son who was found unharmed at the site of the crime.

“Due to how I’m feeling and the tragedy that happened, that was a lot on my shoulders,” Blue told Zagoria.  “I just wanted to get out of here and go closer to home.”

Blue is a scoring two-guard who shoots the ball extremely well from behind the three-point line.  He was a major contributor on last year’s Brewster Academy team that claimed the NEPSAC Class A title.  He played in 19 games for Fordham this year, starting in 3, and averaged over 8 points per game.