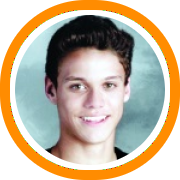 The state of Vermont is up next as we continue our tour across New England’s six state associations in search of the best prospects in the public school ranks.

Tristan Ross, St. Johnsbury – He’s a skilled swingman who has worked hard enough to develop his body so that he can also overpower some guys. Ross makes shots off both the catch and the dribble, is a consistent threat at the three-point line, and has a good pull-up game to match.

Josiah Kimball, St. Johnsbury – Ross’ running mate at St. Johnsbury, Kimball is a strong and physical forward who is capable of playing multiple positions. He is a true mismatch problem who can put points on the board both inside and out depending on his match-up.

Joey Shehadi, Burr & Burton – A big time shot-maker who also doubles as a floor general for Burr & Burton, Shehadi has a pure stroke from behind the three-point line and is capable of raining long jumpers with great range and rotation alike.

Jay Cobb, Lyndon Institute – He helped lead his team to a division III state title last year as a junior and has hopes of repeating in his senior campaign. The six-foot-six forward can impact the game on both ends of the floor and is a solid prospect for the next level.

Alec Escholz, Mount Mansfield – The fast and athletic guard has put up some big numbers to start the year, including a 30 point performance against CVU, and led Mount Mansfield to a 6-0 record in the process. His future likely lies on the track, where he is said to be a division I prospect.

Ben Shungu, Rice – With his high school career little more than half over, Shungu might already be the best player in the state of Vermont regardless of class. He already has a pair of state championships to his name and some early division I attention as he continues to raise the level of his game.

Kendrick Gray, Rice – Shungu may very well be the best player in the state, but his Rice teammate is nonetheless the best prospect in the state with the type of physical tools that simply can’t be taught and a ton of upside still left to discover. He’s long, athletic, fluid, and still just scratching the surface of his potential.

Josh Hale, Burlington – The Burlington junior is a jack of all trades with a balanced and mature floor game. He’s skilled and heady, able to put up already impressive numbers in the high school ranks, but also projected as a prospect who will make a smooth transition into offensive structure at the next level.

Eli DiGrande, Essex – He’s grown up to six-foot-six and is developing into a nice prospect. He can shoot the three, has a high basketball I.Q., and is strong enough to produce inside. He also has good DNA for the hardwood but doubles as a quarterback for the football team.

Elliot Nelson, Rice – He’s only a freshman but has already cracked the starting line-up for the state’s most dominant team thus far. He’ll have the luxury of learning under Shungu and Gray for a couple of years and then take over the program as a junior.

Kevin Garrison, Burlington – Another freshman who has earned a spot in the starting line-up of one of the state’s more storied programs, Garrison has also had some double figure scoring games early in his career and is another to watch in 2018.