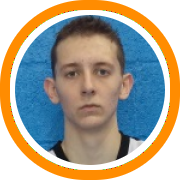 It’s no secret that many of the New Hampshire’s better local players end up leaving for prep school. With that being said, there’s still plenty of talent that will be on display on the NHIAA hardwood this winter. Here’s a look at the top prospects to watch out for this season from the Classes of 2015, 2016 and 2017.

Jourdain Bell, Bishop Brady – Bell is an explosive point guard who plays the game at a faster speed and with more energy and athleticism than most other kids from NH. He has always been able to beat defenders off the bounce, and over the past year as dramatically improved outside shot. Also one of the best passers in the state.

Cody Ball, 6'2", Londonderry HS – Through hard work, Ball has gone from being an unknown prospect at this time last year to a potential scholarship player. Ball has developed into a lethal outside shooter. He can shoot it off the catch, but has a pull-up jumper that is especially dangerous, with a high release. He has a strong frame, great mechanics and can score in bunches.

Kabongo Ngalakulondi, 6'2", Manchester Memorial HS – the long, athletic, skilled and versatile Ngalakalundi has been a match up nightmare since he was a freshman. He’s one of the state’s most dangerous all scorers, with the ability to post up smaller defenders, slash to the rim, step outside and hit the 3 but also has a very strong mid-range game.

Joey Martin, 6'3", Manchester Central HS – Martin burst onto the scene last season after moving up from Florida. Many high school players whose teams make it to the Final Four have trouble hitting shots at UNH due to the big gym and wide backdrop. Not only did Martin hit shots at UNH, he was simply unconscious from beyond the arc, helping his team to a state title. Martin is a lethal spot up shooter and is a winner.

Max Curran, 6'7", Pembroke Academy – a versatile big man, Curran is another rapidly improving prospect. His ability to block shots and hit 3-pointers is an intriguing combination, not to mention the fact that he’s 6-foot-7 but shoots it like a kid who’s 6-foot. He still needs to fill out his frame but makes it for it with toughness.

Dominic Timbas, 6'5", Pembroke Academy – athletic kid yet at the same time has a rugged frame. Timbas has good footwork, post moves and finishing ability inside. He can rebound in high volume. Timbas can also face up from 15-18 feet and either hit the jumper or take his man off the dribble. Underrated defender who can defend wings or bigs.

Zach Bergeon, 6'4", Campbell HS – versatile wing who excels at facing up anywhere from 15-20 feet and taking his man off the dribble. He can also post up smaller defenders and has an improving outside jumper. Also a solid mid-range game.

Kyle Gavin, 6'2" Guard, Bishop Guertin HS – just a tough, hard nosed kid who plays the game hard and while he won’t dominate in any one area of the game he does everything well. Gavin can shoot it from the outside, he can grab boards and do the dirty work in the paint and he’s a good defender. He’s a good passer and is unselfish, but if you leave him open he’ll hurt you.

Brandon DiLucchio, 5’9”, Kennett HS – a tough, scrappy point guard with a tight handle and lightning quickness in the open court. Understands the game, spacing and how to use screens well. Makes up for lack of size with heart and tenacity. Can hit shots or take his man off the dribble. DiLucchio is an above average passer.

Austin Franzen, 5'9", Merrimack HS – a floor general with a killer crossover, lots of experience playing in big games and ice water in his vains when it comes to taking and making clutch shots. Franzen has some crafty dribble drive moves which allow him to get a shot off, and he can hit shots in the mid-range area or from beyond the arc.

Dana Bean, 6'6", Franklin HS – Coming from the small town of Franklin, Bean burst onto the recruiting scene this past spring with the Rivals Basketball Club. His size, length, athleticism, soft shooting touch with extremely high release and ability to defend the post have quickly made him a potential scholarship player.

Joe Bell, 6'0", Bishop Brady HS – like his older brother Jourdain, Joseph has also been a well known player in NH for 3+ years now. Joseph is a 2-guard with tremendous speed, athleticism and all-around skill set. He can hit the 3, take his man off the dribble rebound and is one of the state’s best defenders.

Keith Brown, 6’1”, Pelham HS – a tough, blue collar kid who loves to compete, take the big shot and has a versatile inside/outside game. Brown can hit the outside shot off the catch or the bounce, he can post up or use a series of up-fakes and spin moves to find looks in the mid-range area. Brown is a fierce defender and rebounder.

Bryant Holmes, 6’0”, Exeter HS – quite possibly the most pure outside shooter in the state. You simply cannot leave him open. When he gets going he can be a game-breaker. Holmes can spot up or shoot off the dribble. Has perfect form and a fluid release. A hard worker with high basketball I.Q.

Jack Zimmerman, 6’0”, Bishop Guertin HS – tough as nails point guard with good poise who handles the ball well vs. defensive pressure. Zimmerman has already played in a lot of big games, including starting in the D-I championship game as a freshman. An unselfish player who looks to create for teammates but can also score, either by slashing to the rim or hitting shots.

Monytung Maker, 6’4”, Manchester West HS – another kid who has flown under the radar but has made great improvements this past spring/summer and is on the verge of a breakout winter season. Maker’s upside is apparent, with his length, athleticism and ability to block shots, run the floor and hit shots from the outside.

Matt Rizzo, 6’1” Pinkerton Academy – a point guard with good size which allows him to see the whole floor. Rizzo is a smooth player who lets the game come to him, doesn’t force things but at the same time makes clutch plays when his teams needs it most. Rizzo can penetrate into the lane and either create for teammates or finish.

Issaiah Chappell, 5’10”, Sunapee HS – led his high school team to the championship game last year as a sophomore. Chappell is a quick, explosive combo-guard who plays the game at a fast speed and thrives in an up-tempo game. He can hit shots and is always looking to push the ball in transition to keep pressure on the opponents.

Connor Walsh, 6’1”, Trinity HS – a versatile player with a strong, rugged frame and emerging inside/outside skill set. Walsh has the size to battle inside for points and rebounds, but also has the quickness and handle to take his man off the dribble. A fundamentally sound player and strong defender.

Austin Whaley, 6’1”, Lebanon HS – a wing with good strength and athleticism. Whaley has the ability to score the basketball in a variety of ways but at the same time is a very unselfish player. One of the better defenders in the class, he thrives when finishing in transition or hitting mid-range jumper.

Geo Baker, 6’1”, Pinkerton Academy – Baker looks to make an immediate impact in the Pinkerton back court after transferring in from prep school. He is a blur in transition with the basketball, with a tight handle, a killer crossover and explosive quickness to the rim. Uses crafty moves like his crossover, euro-step and spins to create space and get to the rim where he can either finish it or dish it off. Also a good passer and defender.

K.J. Matte, 6’0”, Lebanon High – a combo-guard with a high basketball I.Q. and the ability to score the basketball in a variety of ways. He can hit shots from the outside or mid-range area, can slash to the rim or hit the pull-up jumper as well as finishing in transition. Good fundamentals and mechanics on his shot. Matte is also a tough defender.

D.J. Frechette, 6’1”, Nashua South – “DJ” is another rapidly improving prospect who has made tremendous strides over this past AAU season. A long, athletic 2-guard who can flat out shoot the basketball. He can hit shots off the catch or the dribble, while also thriving at finishing in transition. Pressures the basketball well on defense and can quickly turn steals into buckets on the other end.

Parker Smith, 6’2”, Stevens HS – an intriguing prospect, with a nice combination of size, strength, athleticism, versatility and skill. Can score in the post, or step outside and either hit the jumper or take his man off the dribble. Smith is a strong rebounder, has a solid handle and a soft shooting touch.

Colby Gendron, 6’6”, Bedford HS – Gendron is raw but has a ton of upside. He is still developing, both physically and with his skill set. But it’s rare for a kid who is 6-foot-6 to be able to shoot the basketball as well as Gendron can from the outside, especially a kid who’s only a sophomore. What makes his shot even tougher to defend is how high the release is.

Mike Rinko, 6’2”, Bishop Guertin – a versatile, athletic wing who excels slashing to the rim and finishing in traffic. He’s quick off the dribble and is strong when taking it to the bucket. Rinko defends and runs the floor well. He’s a talented kid with an emerging inside/outside game.

Joey Glynn, 6'4", Portsmouth HS – started for Portsmouth and led them to the Division II title game as a freshman. Glynn has a strong, athletic frame, runs the floor well and finishes inside using solid post moves and up-fakes. Glynn crashes the boards on both ends of the floor and has a soft touch around the rim.

Jacob Coleman, 5’11”, Londonderry HS – a combo-guard with a tight handle, good feel for the game and the ability to hit shots. Neds to build upper body strength but still manages to finish well at the rim over bigger players. Crafty with the ball in his hands, and is able to create for himself or teammates.

Craig Preston, 5’9”, Manchester Memorial – Preston makes up for lack of size with toughness, basketball I.Q., a tight handle and ability shoot it from long range. He can play the 1 or the 2 and is an underrated passer.

Sam Anderson, 6'4", Derryfield School – at times was a dominant inside presence as a freshman, and Anderson also has a soft shooting touch inside of 15 feet. Really crashes the boards well on both ends. Strong fundamentals and finishing ability in the paint.