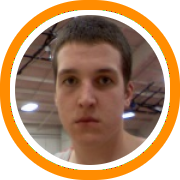 In Division 4 North Cambridge Catholic defeated Avon 77-54 at the TD Banknorth Garden on Monday to win the state championship.  For NCC there were two keys to this victory.  The first was jumping on Avon early, which they certainly did after opening up a 30-11 lead after the first quarter.  The second was containing Akeem Williams, who came into the finals averaging over 40 points per game in tournament play for Avon.  Monday, the star guard was held to only 18 after being forced into a variety of low percentage shots.

After coming out so strong in the first 8 minutes, NCC didn’t let up in the second quarter and went into halftime with a 48-27 lead.  It wasn’t much of a contest in the second half as Avon never got closer than 16 despite a 20 point performance from sophomore Deric McCottrell.

NCC was paced by Paul Rose who was on fire from behind the three-point line.  The senior started the game with four long range bombs in the first quarter and had two more in the third quarter just as Avon had cut the lead to 16.

North Cambridge Catholic finishes their championship season with an overall record of 18-9 while Avon was 20-5 on the year.

Scituate High School, fresh off a come from behind victory over Watertown in Monday’s semi-final, will face Frontier Regional High School who beat Bromfield in the other semi-final 61-45.

Scituate will look to ride the momentum of their dramatic victory on Monday.  In a game where Watertown held a double digit lead in the third quarter, credit Scituate’s young point guard Rodney Beldo along with a triangle-and-two defense for changing the tide of the game.  Beldo, who finished with 19 points, showed great speed with the basketball as he attacked to both sides and finished with a variety of floaters and double clutched lay-ups to spark his team in the second half.  Meanwhile the triangle-and-two appeared to be a bit of a desperation move that ended up paying off as Scituate was having a hard time disrupting Watertown’s backcourt of Kyle Stockmal (16 points), Cory Stockmal (11 points), and Benyam Kerman (12 points).  Unfortunately for Watertown they were also battling some bad luck as all three of their star guards got into foul trouble and starting center Konstantin Ioannidis went down with an injury early in the game which allowed Scituate’s big men, led by Sean McCarthy, to dominate the glass.

Frontier’s victory over Bromfield was a little less dramatic but no less important.  Senior guard Jamie Bell scored 23 points while Brian Clark had 19 and his twin brother Dan Clark 14.  The Clark brothers will look to utilize their combination of size and skill to pull Scituate’s big men away from the basket in Saturday’s championship game.  Bell will have a tougher match-up in Beldo, but if he can come close to matching his production from Tuesday night then this has the potential to be a very exciting championship game.

Catholic Memorial will take on Tantasqua on Saturday in a rematch of last year’s final won by Tantasqua.  Catholic Memorial punched their ticket on Monday night with a 74-61 victory over Reading High School.  CM was led by Branden Monteiro who finished with 22 points and 9 assists while Reading was paced by Evan Smotrycz who finished with 20 points and 10 rebounds despite battling foul trouble all night long.  Julian Colarusso had an average game by his standards with 12 points and 7 rebounds, but he may have made the most crucial play of the game as he stole an outlet pass after Reading had just cut the lead to 5 with under 2 minutes to play.  Colarusso took the ball to the basket and layed it in for what would turn out to be the game deciding sequence.

Tantasqua won their semi-final match-up against South Hadley 75-63 on Tuesday night at the Mullins Center on the UMass Amherst campus.  They bring their undefeated record (24-0) along with a 49 game winning steak into Saturday’s final.  6’5” Brian Vayda scored 32 points to lead Tantasqua while Ryan White chipped in with 16 and Brandon Forcier 11.

It was the story of two different halves last night as Central Catholic earned a hard fought victory over defending state champions Boston College High School 54-44.  BCHS controlled the first half of play and had opened up a 13 point lead two minutes into the third quarter before the tide began to turn.  CC changed to a zone defense and got 19 second half points out of junior guard Billy Marsden (22 on the night) to fuel a decisive 32-9 run that would propel them to victory.  The game also featured a good battle in the paint as Catholic featured Adrian Gonzalez and Carson Desrosiers against Jake O’Brien and Ryan Sharry.  While Gonzales (10 points) and Derosiers (4 points, 9 blocks) both had their moments with athletic plays around the rim and some key blocked shots, ultimately it was Central’s backcourt of Marsden and unheralded point guard Wilfredo Pagan who earned them the 54-44 victory.

Central Catholic will face St. John’s High School on Saturday as they defeated Longmeadow 59-50 on Tuesday night.  St. John’s dominated the interior as junior big man Matt Labove and his brother Chad had timely baskets on the interior and a number of big rebounds.  Another major factor in the game was St. John’s ability to contain Longmeadow’s Pat Donnelly.  When Donnelly scored his team’s first six points of the game he appeared poised for a big night, but ultimately the St. John’s defense did a nice job of holding him to 14 points and only 6 in the second half.  Longmeadow finishes the season 19-5 and won the first Western Mass Championship in school history.  St. John’s enters Saturday’s championship game with a record of 21-6.