The Best Left on the Board  Big Men 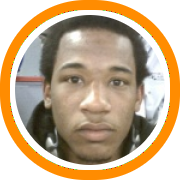 It seems every college coach is looking for the same thing this year…big men.  While the 4 out/1 in line-ups of today have reduced the number of traditional big men coaches are looking for in each recruiting class, the number of potential players out there has shrunk even more drastically.  The bottom line is that too few players with great size have any interest in learning to play inside or with their back to the basket.  Instead they pattern themselves after 6’8” guards in the NBA and attempt to develop their perimeter skills, which can often times limit their options when it comes to their college recruitment if they don’t know how to play in the paint.

With that in mind here is a look at some players who embrace the big man role:

John Riek – Winchendon (MA):  Much has been speculated about his future.  The NBA is still said to be a possibility although his stock has certainly dropped from this summer.  If he meets the academic qualifications he could head to college, but staying at Winchendon for another year is also a possibility.

Kamil Gawrzydek – MCI (ME):  The big fella has missed some major opportunities for exposure, most notably the National Prep Showcase to start the season.  But with such few legitimate big men left on the board you can bet plenty of coaches will be watching this weekend at the National Prep Invitational at URI.

Romeric Lasme – Winchendon (MA):  While he may not have the sheer size of traditional bigs, his long arms, athleticism, and ability to block shots helps him to compensate for that.  His game also continues to grow at a consistent rate at the offensive end of the floor.

Tori Childers – New Hampton (NH):  Like Lasme, Childers does not have the height to match most big men.  But where he compensates is in his power and physical strength.  Those traits in addition to his nose for the ball help him to be one of the region’s best rebounders.

John Hegarty – Winchendon (RI):  The one time Rhode Island commit has a lot to offer.  His size alone will immediately allow him to change the game at the next level.  In fact, when we watched a Winchendon open gym earlier this year he more than held his own against John Riek.

James Marcellus – Bridgton Academy (ME):  What a difference a year can make.  At this time last season, Marcellus was nearing the end of his career at Archbishop Williams with very little division I interest.  Now he has proven himself to be a terrific rebounder, good finisher, and very valuable physical presence in the paint and in so doing has generated plenty of division I interest.

Dante Wooten – Northfield Mount Hermon (MA):  Wooten continues to improve as the year goes on.  No one has ever questioned his talent, but since arriving at NMH he has improved his body and been a consistent worker at both ends of the floor.