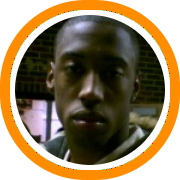 Tevin Baskin recently returned from the NBA Player’s Association Top 100 Camp where he competed with some of the best players the country has to offer.  The Trinity Catholic forward said he thought he played well while co-starring with Arizona bound point guard Brandon Jennings.

“I liked playing with him,” Baskin said.  “If you run the floor he’ll find you.”

The duo was said to be impressive together and apparently word has gotten back to Arizona as the Wildcats are now one of the many high major programs who Baskin has heard from lately.  Also on that list are schools like Clemson, Pittsburgh, St. John’s, Virginia Teach, Rutgers, Miami, and Auburn to name a few.

“After the summer my family and I are going to try and cut the list down to 10,” he said.  “But I’m in no hurry to make a decision.  I still have a lot of basketball left in my high school career and I’m going to continue to work hard.”

That hard work is clearly paying off as Baskin has gone from a player who was considered primarily an interior force in the beginning of his career to one who is getting more and more comfortable stepping away from the hoop.

“I’ve been able to open up different aspects of my game this year.  I’m starting to handle the ball a lot more, I consistently knock down the 10-15 footer, and I’ve gotten a lot of experience guarding on the perimeter,” he said.  “I try to do a little bit of everything but I can’t loose sight of rebounding the ball because that’s what I love to do.”

While Baskin possesses a rare blend of size, athleticism, and skill, his maturity level is equally impressive.  In a day and age where far too many young players get caught up in their own hype you can bet that college coaches are going to find it refreshing to recruit a player who talks about the importance of defense and rebounding.

And if you need further evidence of his maturity ask him what his favorite part of the NBA Player’s Association Camp was.

“Off the court they were teaching us about life skills and the recruiting process and honestly I thought that was the best part,” Baskin said.