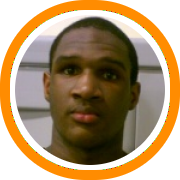 With a long list of talented players and programs in attendance on Saturday at Team Boston Elite’s third annual Invitational Tournament, it was two local products in Stevie Mejia and Raheem Singleton who were head and shoulders above the rest during the first day of play.  Both players were dominant as they led their respective teams to blowout victories in the weekend’s opening set of games.

Mejia took the court first as his Metro Boston team squared off against the Vermont Knights, and he was the prototypical floor general for all forty minutes.  He got his teammates involved in a variety of ways including pushing the ball on the break to find players like Chris Flores running the lane, attacking off the dribble and dumping it down to Ndubisi Ezeigwe, or feeding big man John Hegarty in the post.  Then Mejia showed his own ability to put the ball in the basket as he attacked the rim and finished against contact and knocked down his open looks from deep range.  Hegarty was also particularly impressive as he was virtually unstoppable when allowed to catch the ball deep in the post.  The big man, who is said to be returning to Winchendon next season before he heads to URI in the fall of 2009, looked a little lighter on his feet as he was much more active than normal around the basket.

Later in the day it was another point guard who dominated the action as Team Boston Elite’s Raheem Singleton led the host club to a dominating victory over the New England Warriors.  Singleton is as powerful of a lead guard as you will find with the strength and power to overwhelm just about any defender when attacking the basket.  If that weren’t enough he also knocked down three-pointers, pulled up off the dribble, and showed an improved ability to run a team.  The Madison Park senior said he is on his way to Notre Dame Prep next year where he will likely be a great fit, because he is just the type of hard working, tough, defensive oriented guard that Head Coach Bill Barton values so much.

Also impressive for Team Boston Elite was Aaron Williams.  The 6’3 junior swingman from East Boston High School was extremely effective slashing to the basket and finishing with body control against contact.  Big man Peter Kaasila didn’t get too many touches in the post and consequently lacked the opportunity to show his patented jump hook but he did his best to impact the game on the backboards.  6’3 small forward Gerald Coleman from Bedford High School also played well, especially in transition where he was able to convert on several possessions.

While Team Boston Elite and Metro Boston ran away with their games on Saturday the Boston Saintz and Connecticut Phenom Elite squared off in arguably the day’s most competitive game.  With players like Gabe Fumudoh, B.J. Monteiro, and Tyrone Gardner all on the floor, the player who stood out the most was 6’1 senior guard Leroyal Hairston from West Roxbury High School.  In a game that was played at a sporadic pace, Hairston, who is said to be head to Howard Community College along with teammate Markhuri Sanders-Frison, really stood out in the open floor as he was able to get ahead of the field for easy baskets on numerous occasions to finish with a game high 18 points.  Also impressive for the Saintz, was 6’1 swingman Adam Skaggs from Framingham High School who found ways to slash to the basket throughout the game.  The Saintz full court defensive pressure was exceptional all game long as no Phenom player was able to score in double figures.  Phenom’s 6’5 power forward George Jordan came up with some crucial interior baskets down the stretch to keep the game close, although ultimately the Saintz were able to hold on for a 45-42 victory.

In another hard fought battle in the 17u division the New England Warriors were able to defeat the Maine Magic.  The game went back and forth down the stretch as the Warriors relied almost entirely on Toso Adebamowo in the final minutes of play.  With less than three minutes to play in the game and his team down by three possessions he almost single handedly delivered the lead as he knocked down two free-throws, picked off a pass on the defensive end for a breakaway dunk, and knocked down a three-pointer.  But then came a transition opportunity that saw Adebamowo attempt to dunk over a defender, instead of laying it in, in a play that would have given his team their first lead since the five minute mark.  He got up high enough but attempted to dunk it so hard that the ball clanged up out of the rim, hit the backboard, and fell out.  From that point on the sophomore forward got a little riled and struggled until, in what appeared to be the game’s final possession, he was fouled shooting a three-pointer with five seconds left in the game and his team down by one point.  After Adebamowo made only 1 of the 3 free-throws to tie the game, the Magic committed a violation by calling a timeout when they didn’t have any remaining sending Tyler Patch to the line with a chance to win the game.  Patch calmly knocked down both free-throws to give the Warriors the victory.

Another impressive performance in the 17u bracket came for Akeem Williams, a 5’10 sophomore guard from Avon High School in Massachusetts, who led his Boston Warriors team to an easy victory over Head of the Game.  The compact guard knocked down three long range jumpers for 9 points, attacked the rim with proficiency, and got ahead of the pack for some easy transition baskets.

In the 16u division the game of the day took place when YABC held on for a 53-48 victory over the Rhode Island Young Bucs.  In as spirited of a game as there was on Saturday the two teams went back and forth throughout the game.  With both teams competing hard and talking just enough trash to make the game even more entertaining it came down to the final few possessions until Louis Montes knocked down a long range jumper for 3 of his game high 14 points resulting in him pointing at the opposition’s bench and yelling “that was for you”.

In the Young Bucs second game of the day Corey Wright Jr. scored 23 points, including 15 in the second half, to lead his team to victory over the Lexington Raiders.  Daniel O’Keefe led the way for the Raiders with 18 points as he was extremely active attacking the basket while also showing an ability to make shots from the perimeter.

In the 15u division BABC appeared to be the class of the field as they were led by their backcourt of Denzel Brito, Rodney Beldo, and Jordan Johnson.  Brito showed an improved build and a nice dribble pull-up in the mid-range game while Beldo and Johnson shared the point guard role.  Johnson was on fire from behind the three-point line as he seemed to knock down every open look he had.  Beldo did a great job running the team down the stretch and was especially effective creating for himself and others off the dribble.

The Team Boston Elite Invitation is set to conclude today with championship rounds beginning at 3:35.