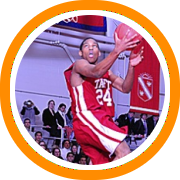 Kevin Trotman and Jake Donnelly, two crucial components to this year’s Taft team, have both finalized their college commitments.

Trotman will head to Brandeis University to star for the Judges in the prestigious University Athletic Association.  Donnelly will also be playing for one of the best academic and athletic leagues in the country as he is headed to Bowdoin College in the NESCAC.

“I am really happy for both Kevin and Jake.  They are kids who do everything a coach could ask for both on and off the court,” Taft head coach Dave Hinman said.  “Kevin has been a great leader this year and has been at the core of our success the past four years.”

Trotman is a senior forward who has proven to be one of the top scorers and mismatch problems in class A of the NEPSAC this year.  He owns a powerful six-foot-three frame, can score inside on the block, as well as with a smooth face-up game on the perimeter.

Donnelly, a post-graduate point guard, was one of the best players in the state of Vermont last year as a senior at Champlain Valley Union.  He’s continued to produce this year at Taft with his ability to shoot the ball with range and make plays for himself and others.

Trotman and Donnelly’s commitments complete Taft’s 2012 class with post-graduate big man Matt Daley heading to Middlebury College, also in the NESCAC, while Anthony Gaffney is on his way to play football at Princeton University.