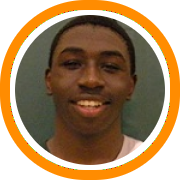 Hofstra landed their second commitment in as many weeks on Wednesday with a verbal commitment from St. Thomas More post-graduate guard Amadi Udenyi.

The six-foot one-hundred-and-eight-five pound power guard came to New England by way of De La Salle High School in California, where he earned an offer from Sacramento State last year along with interest from a variety of other division I schools.

This season, he has provided St. Thomas More head coach Jere Quinn with a physically strong and tough combo-guard who is may do his best work on the defensive end of the floor, and been a major contributor to the Chancellor’s fast start.

That college ready body and lockdown defense will be among two of his biggest assets next year as he looks to challenge for playing time in his freshman season in the Colonial Athletic Association.

Udenyi joins Denzel Gregg as the second STM product to finalize their recruitment so far this season.