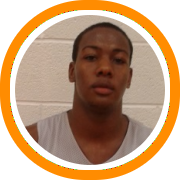 “Jemal Mosley @JemalMosley5 has Verbally Committed to the University of New Haven! We are very excited for his future in the NE-10 #PSAhoops”

Mosley is a division I caliber player who put up big numbers for PSA this year, as he and Dayshon Smith formed a lethal backcourt tandem that led the club to wins over Notre Dame Prep and other top prep school programs while closing their 2012-2013 season on an 11 game winning streak.

Mosley came to PSA from Don Bosco Preparatory High School in New Jersey, while also running with the B.C. Eagles on the AAU circuit.

The six-foot-one guard is a versatile two-way player best known for his ability to put points on the board but equally capable of making his presence felt on the glass or defensive end of the floor.

He received wide-ranging division I interest this season but opted to commit to a UNH program that is coming off one of their most successful seasons in recent memory after advancing to the second round of the NCAA tournament.

Here’s a look at some of Mosley’s highlights from this season, care of Ballas TV