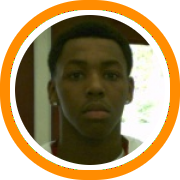 Everything came together for South Kent on Wednesday night.  It was Raphael Chillious’ last game as the school’s head coach and his players responded with a very impressive 101-83 victory over Brewster Academy.

In front of a capacity crowd with standing room available only, the night began when South Kent’s Headmaster Andrew Vadnais took the microphone and spoke about the impact that Coach Chillious has had at the school.  He talked about how he was responsible for making the program what it is today and how all of the people who had packed the gymnasium walls were there as a testament to him.

Following the lead of their Headmaster, the South Kent players did their talking on the court.  The Cardinals came out with a ton of energy and jumped on Brewster early by handling their defensive pressure and sharing the ball on the offensive end.  Led by Jin Soo Kim (19 points) and Maurice Creek (15 points) they also shot the ball extremely well from the perimeter and converted close to 60% of their shots in the first half.

Ironically, it was a former South Kent player who led Brewster’s comeback attempt.  Mark Lyons scored 23 points in the first half utilizing his explosive quickness and leaping ability to get to the rim and make plays.  He also came up with perhaps the evening’s most athletic play as he attempted to dunk on Jin Soo Kim.  Although he was unable to convert, he was chest to chest with the South Kent forward who stands almost a foot taller than him.

The second half belonged to Isaiah Thomas who scored 27 of his game high 35 points after the break.  Using his ability to attack off the dribble the Washington commit was able to get himself to the free-throw line and also convert with a variety of dribble pull-ups and runners in the mid-range area.

Also playing extremely well was Dion Waiters.  The future Syracuse guard scored 15 points, but they all seemed to be at critical times.  He showed his full offensive repertoire as he made plays off the bounce, made great decisions with the ball, and knocked down some open shots from the perimeter.

South Kent’s captain, Keiran Ramsey, also played some inspired basketball for his coach.  The swingman finished with 13 points and was always around the ball making plays off the offensive glass and in transition.

Virginia bound big man Assane Sene anchored the home team’s defensive efforts as he was a force in the middle blocking shots and controlling the backboards.

For Brewster Academy, Wednesday’s game was the end of a very long week.  It began with a three and a half hour road trip to MCI last Wednesday where they earned a convincing victory.  Then two days later they traveled to Winchendon and defeated John Riek, Larry Anderson, and company.  They returned home that night to wake up the next morning and defeat Worcester Academy.  Then they traveled to Springfield where dominated the Chinese Junior National team in the first game of the morning.  Then on Wednesday they traveled another six hours to South Kent with Emmanuel Negedu doing his best to fight through a bout with the flu.  But you can expect Jason Smith’s squad to bounce back strong as they are about to get some much needed rest and play three of their next four at home.

For South Kent, Wednesday marked the end of an era.  Raphael Chillious’ legacy at the school will not just be as a man who built a basketball program, but as a man who helped save a school.  Before he was hired the school’s enrollment had dropped as keeping current students and finding new ones were both proving to be challenges.  In a story that was documented by CBS a few years ago Headmaster Vadnais took an untraditional route to rebuild his school by making a commitment to their basketball program.  When Chillious was hired to direct the program, he quickly assembled one of the nation’s most talented basketball teams.

The excitement of the new basketball program made an immediate impact on the retention rate of current students.  Additionally, the number of new applicants rose dramatically as the team became the school’s best marketing tool as it was talked about by fans and media outlets alike from coast to coast.

Now, almost five years after arriving at South Kent, Coach Chillious is leaving a school much different than the one he first arrived at.  Not only is their basketball team one of the nation’s most talented, but their school is filled to capacity with a lengthy waiting list.