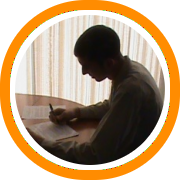 The NLI is a huge document in the recruiting process not just because it makes a player’s commitment legally binding but also because there are only twenty days during the course of the year when they are allowed to be signed.

It isn’t until college coaches receive a signed NLI from a prospect that they are able to comment publicly on that player.

Notre Dame head coach Mike Brey was quick to release a statement about how happy he was to have St. John’s Prep star Pat Connaughton heading to South Bend.

"I couldn't be more excited to have Pat Connaughton become a member of our Notre Dame basketball family," Brey said in a release. "He's just a terrific fit for our program and this University. What impressed me most while I watched him play this past summer was his spirit and will to win. He's an unbelievable competitor and wants to win each time he takes the court. With our style of play, I'm always looking for players with a lot of versatility, and certainly, Pat will be an asset within our system."

Connaughton and Scott King (pictured) were two of the many players who either signed on Wednesday or are expected to sign before the end of the period next Wednesday, November 17th.  Here’s a look at the rest of the list: