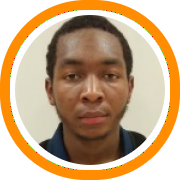 Saturday was an exciting day at the Scholar Roundball Classic with a pair of game winning buzzer beaters and almost 50 college coaches in attendance to check out the action.

A short-handed Brimmer and May squad put forth a valiant effort but ultimately couldn’t hold off a deep and talented PSA club, that pulled away down the stretch of the second half. Mark Gasperini scored 12 points for Brimmer & May, but was even more impressive than his totals indicated showing some toughness and soft hands to match his versatile skill set. David Labossiere scored 11 on a series of tough pull-ups and athletics drives. PSA was led by Aaron Robinson who had 14 and sophomore sensation Hamadou Diallo who finished with 13. Vincent Eze, who typically sparks the team’s defense, also stepped up on the offensive end with 12 points.

Champlain St. Lambert came south from Montreal and ended scoring an upset with a buzzer-beating three-pointer from Joany Castor Thadal. NMH again played without Daquon Ervin, and struggled to duplicate his presence in the backcourt. A.J. Brodeur was a bright spot, scoring a team high 18 points while showing he could anchor the team’s offense on the low post, while Aaron Falzon, Chris Sullivan, and Josh Sharma also finished in double figures. Champlain hit a total of 13 three-pointers in the victory, including 7 down the stretch of the second half. Point guard Kasheem Thomas led the way for Champlain, making plays for both himself and others, while setting up the game winner.

In a game that was closer than the final score indicated, Milton fought valiantly from start to finish despite being without junior point guard Johnny Blaize. Nick Tupanjanin was the spark plug for Milton, finishing with 20 points while showing a soft shooting touch off both the catch and the dribble. Kahlil Garnes scored a team high 15 points for KUA while Jon Siu knocked down four triples for 12 points. Crew Ainge got going in the second half, finishing with 12 points, and helping to spark the run that proved to be the difference in the game.

Everything was clicking for the Penguins, who moved the ball beautifully for all 36 minutes and were active on both ends of the floor. Kimani Lawrence scored a team high 19 points, including perhaps the play of the day with a huge dunk, while Francisco Alonso had 16, including three threes, and Makai Ashton-Langford 14. Rob O’Brien also finished in double figures with 10. Suffield, who played without their interior anchor Christian Wilkins, got 11 points out of both Juwan Anderson and Garrett Stephenson.

A talented Blair squad, led by a pair of high-major big men in Tim Delaney and Elijah Burns, got all they could handle from a Holderness team that proved to be not just young and talented, but also resilient. Burns, who is heading to Notre Dame next season, scored a team high 17 points but also had his total floor game going, taking balls off the defensive glass and pounding out to start the break. New England native Matt Turner had his latest solid performance, with 11 points. Holderness has a strong four man core to build their future around. Junior point guard Thomas Jackson had an impressive day running the show while Ziggy Tracey is a six-foot-five swingman and another impressive prospect in the junior class. A pair of sophomores, Sukmail Mathon and Daniel Cabassa, make an imposing tandem on the interior.

What was the game of the day saw a classic battle between two of Class A’s top programs. Williston opened a commanding first-half lead only to see Exeter coming charging back in the second half, getting hot from behind the three-point line and building up their own five point advantage with just two minutes on the block. It all came down to the very last possession with Williston trailing by one with the ball when point guard Ryan Richmond elevated for a 14 foot pull-up that swished through the rim with just 2 seconds remaining on the clock. Evan Crawford scored a team high 21 for Exeter while Christian Lutete had 19, including four second half threes, and Troy Morrison 13. Richmond and Jake Ross each had 17 for Williston while Kyle Doucette anchored the interior with 16.

In a rematch of a game that was a lopsided victory for Rivers a year ago, Vermont Academy scored some retribution. Fittingly, it was Bruce Brown, the primary holdover from last year's team, that played a starring role. Brown not only scored a team high 19 points, but did it in a totally unselfish way, while simultaneously leading VA's defense as normal. His backcourt mate, Patrick Fisher, was also productive on both ends of the floor, scoring 12 points on a series of tough drives and also doing a great job of defending the ball. The focus of that defense was often Rivers' star sophomore Jermaine Samuels, who was held to just one field goal in the first-half but came back strong in the second to finish with 19 while Azar Swain added 13.