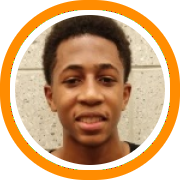 Sacred Heart scored a commitment from Canterbury School swingman Shawn Montague on Tuesday, an athletic and late blooming 6-foot-5 swingman who has a chance to be a very good player in the Northeast Conference.

Montague took to his twitter account to announce his decision following his second trip to Sacred Heart's campus within the last week:

Blessed to announce that I have committed to Sacred Heart University ! #Pioneers pic.twitter.com/hxnBuxOeJX

Montague had been recruited at a very high level over the last year. In fact, it was just over 12 months ago that Seton Hall became the first division I school to offer him a scholarship after watching him during the April evaluation period of 2015 with Sports U in the Under Armour Association.

Since then Montague has added close to a dozen other offers including multiple schools in both the MAAC and NEC.

Canterbury head coach Keith Rado, who once starred at Sacred Heart himself, had this to say following his star's pledge to his alma mater:

"Shawn is going to be a great college player. The Sacred Heart staff and team are not only getting a valuable player but more importantly a wonderful kid," Rado said. "I know coaches make this claim often but it is truly heartfelt about Shawn...I loved coaching Shawn and will miss him tremendously. I'm just lucky that I will get to watch him next year at SHU since it is so close. Sacred Heart signed a great player and even better person today!"

A long and athletic wing who also has a budding skill set, Montague had a tremendous high school career at Canterbury but still has his best basketball in front of him as he learns to adapt his talents to the college level.

Below are some of his senior highlights care of HUDL: