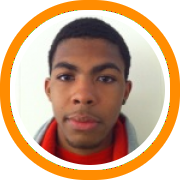 Expressions Elite Director Claude Pritchard and New England Cyclones Director Steve Enright put the players through a skill development series of drills. Afterwards, players were broken up into teams for a series of scrimmages.

Cream of the Crop:

Kyle Reardon – Reardon shot the ball exceptionally well from the field and showed an ability to score the ball very efficiently.  In addition, he was extremely active on the offensive class, crashing the boards from the wing, gathering loose ends and finishing with strength.

Akosa Maduegbunam – Clearly the best athlete in the gym, Maduegbanum has a man’s frame and attacked the glass at will, using his body to finish through contact around the rim. He is at his best in transition, picking up steals on the perimeter, rebounding inside, and leading the break.

Cesar Mejia – Mejia is at his best attacking the rim, where he can elevate over defenders and finish with either hand. He is a pure slasher who can score the ball in bunches, but also showed a knack for drawing the defense with the dribble drive then finding open teammates for easy scores.

Matt Droney – Droney is a guard with good size. He can score in a number of ways, finishing around the rim with several crafty moves, but also catching and shooting on the perimeter with a nice southpaw stroke.

Carlin Haymon – Despite only being a freshman, Haymon could have been the best point guard in the gym. He got by his matchup with ease, hunting the paint off the bounce, finishing with floaters or finding open bigs for scores under the rim. He also showcased a much improved outside shooting stroke, knocking down shots from all over the floor.

Dan Powers – Powers is a pure shooter with a very quick release. He’s smart off the ball and knows how to get himself open, drilling shots with confidence all over the floor.

Isaac Medeiros – Medeiros was the best big man at the event, bullying defenders under the rim and finishing through contact. He’s a terror on the offensive glass and in the post, but can also get out on the perimeter and attack the rim off the dribble.

Anthony Barry – The Brooks School 2012 product was productive the whole night on both ends of the floor. He is a terrific on the ball defender, strong enough to bang inside but quick and long enough to frustrate perimeter players. Offensively, he scored the ball in a variety of ways, and did a lot of damage around the rim.

Connor Mahoney – Mahoney is a versatile wing with a nice shooting stroke. He did a nice job hitting open shots, and has a good mid range game off the dribble.

Tom Garrick – The Saint Andrews School wing was impressive throughout the night attacking the rim with strength and confidence. Garrick has good bounce and can elevate over shot-blockers in traffic to finish at the rim.

Others to Keep an Eye on: