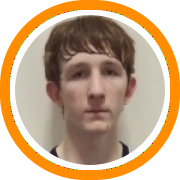 The Mass Rivals capped their perfect summer in grand style on Sunday as they defeated Garner Road in the nationally televised final of the Adidas Summer Championship.

The day began bright and early for the Rivals as they faced Team Laoded VA in an 8am semi-final. The game was a rubber match of sorts after the two met in the finals of last year's Adidas Summer Championships, a game in which Loaded scored a comeback victory on ESPNU, and then the finals of the Adidas Gauntlet Finale earlier this month, where the Rivals earned some retribution with their first championship of the month.

Ironically, this most recent game was decided on the inside as Tamenang Choh, Greg Kuakumensah, Jarrod Simmons, Monytung Maker and Keigan Kerby combined to shoot 10-12 from the floor all while out-rebounding a much bigger Loaded squad to earn a 64-51 win.

The final though was a return to the norm as their guards paced them. Wabissa Bede capped his magnificient week with 17 points, 6 rebounds and 5 assists including a number of huge momentum changing plays. Azar Swain shot 6-9 from the floor and 4-6 from the three-point line for 16 points while Makai Ashton-Langford added 14. Choh continued to pace the frontcourt with 12 points on 6-7 shooting from the floor.

13 different players saw action for the Rivals (including A.J. Reeves, Aaron Wheeler, David Duke, David Mitchell and Nate Tenaglia) while 12 played at least 8 minutes. One former Rival, Portland Trailblazer forward Noah Vonleh, joined the team on the bench for the game while other NBA players including James Harden and David West looked on.

The championship capped a perfect summer for the Rivals as they won all four tournaments they entered in the month of July beginning with the Gauntlet Finale then the Peach State Championship prior to the Adidas Creator's Cup to start this week. It only seemed appropriate that the final win, lucky 21, came in Las Vegas.