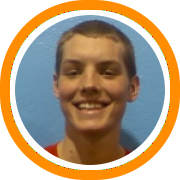 Luke Matarazzo scored the first three points of the game and the last three points of the game to help Choate earn a major upset over local power Hotchkiss.  Playing without Colgate bound swingman Patrick Liengueue, Choate slowed the tempo to a crawl for all 32 minutes of action and relied on the outside shooting of Matarazzo, Phil Opamuratawongse, C.J. Ruskay, and Tom Piscina to build up a 12 point first half lead.  But with the talent and athleticism of Derrick Wilson, Jason Morris, Kellen Jones, n’company, Hotchkiss eventually battled back and tied the game at 49 with just 20 seconds left in regulation.  In the game’s final possession, Matarazzo came off a ball screen from Ruskay, drove the ball hard at the rim, and powered up and through contact from both Morris and Wilson converting from 6 feet and also earning the foul.  His free-throw sealed the 52-49 victory for the home team as the student section rushed the court to celebrate.

The word was spreading around Connecticut by mid-week that if you wanted a seat at Saturday’s battle between Kolbe Cathedral and Notre Dame – Fairfield you needed to get to the gym early.  With Kolbe coach C.J. Shamas being barred from the game after being ejected a few days earlier, there were even rumors circulating that former Kolbe head coach John Pfohl might make a brief return to the sideline.  Both theories proved to be true as the Sheehan Center was packed to the rafters and Pfohl sat on the sideline assisting the remaining Kolbe staff.  But ultimately this game was better described as a classic individual battle between Dominique Langston and Greg DeSantis.  That match-up was never more entertaining than in the second quarter when Langston scored 12 points and DeSantis 14.  The two just went back and forth as Langston was using his powerful frame to get to the lane and finish while also knocking down shots from the perimeter.  Meanwhile, DeSantis was showing his patented pull-up jumper from the mid-range area as well as some three-pointers and floaters in traffic.  Ultimately, Kolbe won 81-71.  Langston finished with 34 (26 in the first half) and DeSantis a game high 35.

Brockton Proves Worth Against Newton North

Two of the top teams in division I of the MIAA battled it out on Sunday and after three quarters it was tight as can be with Brockton leading 54-43.  But the Boxers utilized their defensive pressure to open the game up in the fourth – forcing seven turnovers and not allowing Newton North a field goal until a minute remained in the game, which forced a 27-7 run.  While Newton North’s Greg Kelley led all scorers with 20 points and 11 rebounds, Brockton’s Louis Montes continued to stand out.  He opened the game on a tear scoring 9 points in the first quarter before being sent to the bench with foul trouble.  And while he continues to see the majority of his time on the interior for Brockton, he has proven without a shadow of a doubt that he is a player who has a college ready body with great strength and athleticism and the potential to be a mismatch problem at that level with his ability to score and defend inside and out.

South Portland No Problem for Cheverus

As good as Keegan Hyland has been throughout the entire high school season in Maine, this weekend he and his team ran into the only thing that can stop a great player…a great team.  Cheverus continued their dominance over the state as they held Hyland to 20 (if you’ve been keeping up with his Hyland’s numbers, you know that’s actually on the low side for him) and eventually pulled away for a 52-39 victory.  Senior Mick Distasio, who has been on a tear as of late for Cheverus, connected for 16 while Indiana Faithful scored 17.  While Hyland is a name that many college coaches already have on their summer evaluation list, you can bet that Faithful will soon be with him.  The Cheverus junior has good size and strength for the point guard position, a great feel for the game, and the ability to excel in both transition and the half-court set.

Notre Dame went north and captured two games to win the MCI tournament.  In the opening round they earned some retribution by evening the season series with Bridgton with an 86-72 win.  Then they earned a similar 12 point win over MCI in the final.  Johnnie Lacey had another huge weekend as he continued to create off the dribble for himself and others, while also showing a much improved three-point stroke.  It was more of the same from Sean Kilpatrick and James Southerland as both continued their strong play.  Ron Giplaye and Jake Barnett also stepped up.  Giplaye was great inside the paint while Barnett had a number of dagger three-pointers in the opening game.  MCI scored a win over St. Thomas More before falling in the final and got good interior production from Efken Eren and David Grebru while point guard Nick Coombs continued to be the team’s most consistent offensive threat.  Bridgton defeated STM in the consolation game behind 23 points from Malik Stith and a solid weekend from New Orleans bound guard Carl Blair.  Dan Jennings was a bright spot for STM as he dropped vicious dunk after vicious dunk throughout the weekend.