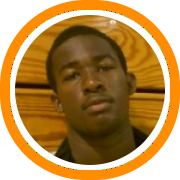 FOXBORO, Mass. - The path to Reebok's major camps began this weekend for many New England hopefuls as Reebok held its Headliner Camp at Mass Premier Courts. It is one of several such events the company is holding all across the country to come up with players to invite to Rbk U in Philadelphia, which will consist of the top 120 players they find, the Breakout Underclassman Camp in Chicago, and the Top 80 Proving Ground Camp for the best players who don't make it to Rbk U. Rbk U and Proving Ground will both be conducted during the July live period for Division I coaches.

The camp was conducted in a style similar to recent Reebok ABCD Camps. After players arrived early in the morning, they went through a series of drills designed to help teach and solidify fundamentals and skills. Included were various fast break drills and shooting drills that also included ones where a player drove and passed to an open shooter, and each one required that players pay attention to how they all worked. In the afternoon, the players were divided into eight teams and each team played two games each.

Over 60 players were in attendance from the New England states. The talent level was good, with some diamonds in the rough and a few players who are continuing to emerge with a good spring. Not all of the best players in New England were present, as some were just down the road at the New England AAU tournament, but this was a good representation of the talent.

Juniors Who Stood Out

Peterson Bernard (6'6" PF, Madison Park HS) Many have been waiting for him to break out, and it looks like he may be ready to do that. He's getting better on the boards and his offense is also showing signs of coming around, as he's always had the body but the post fundamentals have been a bit slower to come together. He'll be in the Proving Ground Camp.

Alan Chaney (6'8" PF, New London HS) One of the top frontcourt players at the camp, he's energetic, active and has some skills to play the wing although he projects as a power forward. No less an authority than Bill Curley was impressed with his play.

Chris Flores (6'1" SG, John D. O'Bryant HS) A year ago, he looked slight and didn't seem to have much more than a sweet stroke from long range. He still has the stroke, but his body is more mature and his ball skills have come a long way, making him a bigger offensive threat. He was one of the top shooters here and will go to the New England Proving Ground.

Tim McKinney (6'4" SG, Boston College HS) He was a bit of a surprise selection to the Proving Ground Camp. It's not that we don't like his game, but he was just okay this weekend and doesn't do any one thing very well. The upshot is that he's a nice blender player when he has talented teammates around him and plays very well within the team concept.

Stevie Mejia (5'8" PG, Lawrence Academy) His rise continues at the place it really began, as his performance last summer in the New England Top 75 Elite kicked it all off. This weekend, the fundamentals were all there and he consistently scored off the dribble and ran his team.

B.J. Monteiro (6'5" SG-SF, Crosby HS) Mark it down: he's going to score plenty of points. Whether it's in transition, on drives to the basket, shooting it or even making a post move, he finds a way to score. He was there for Sunday only, but that was plenty of time to impress onlookers and evaluators.

Brett Tessler (6'0" PG, Staples HS) Arguably the best pure point guard there, he has a motor that doesn't stop and made a lot of nice passes on the move. He found gaps to drive and create for himself on occasion and others, and his jumper must be respected.

Anthony Weeks (6'2" SG, Worcester Academy) He's lost a good deal of weight since the fall and looks much-improved overall, and he especially shot the ball well this weekend. The stroke has always been there, but it's still getting better and now he's in better shape. The crime in it all is that he wasn't even selected to the Proving Ground Camp.

Mike Clifford (6'6" PF, Bishop Fenwick HS) He showed a nice touch from long range, especially on Sunday. He looks like he may be a face-up post player given his build and that he's not very athletic, but he'll need to grow for that. With a little better conditioning, he could be a big shooter for someone one day.

Thomas Knight (6'7" PF, Dirigo HS) One of the better post players, the lefty has a good body and showed some post moves. The main concern is that his foot speed is lacking, but in a halfcourt game he can get the job done inside.

Danquah Rollins (6'3" SG, Boston English HS) We've learned that he will re-classify into the class of 2009, which means he'll spend two years at either Lawrence Academy or Tabor Academy as his next stop. This weekend, he showed how he can help a team without scoring, mainly by playing bigger and making plays at the defensive end.

Samuel Rodrigues (5'8" PG, Charlestown HS) The lefty is quick and made his share of jumpers, but he also looks heady on defense and not just on the ball, where he really gets after it and can be a pest. A couple of times, he was right there when an opponent caught an outlet pass to force a charge, travel or turnover.

Kyon Watkins (6'6" PF, Everett HS) He caught the attention of many who checked him out with his solid body and the abilities he showed on occasion. While the game seems too fast for him at times, he's showing more and more promise on the post offensively and continues to rebound well. In the past year, he's come a long way, even though he still has a lot of development to go.

Akeem Williams (5'11" PG, Avon HS) He's had better times shooting the ball, but he did knock some down from long range and got his share of baskets on drives. Overall, it was a good showing and the potential is there, and he'll be going to the Breakout Camp.

David Wouman (6'1" SG) The freshman impressed with his overall offensive game and showed some potential as a combo guard. He'll be one to keep an eye on the next couple of years.

Phil Kasiecki is the managing editor for hoopville.com. To read more of Phil’s stories about both high school and college basketball please visit www.hoopville.com.