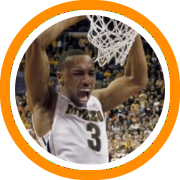 In the second edition of a five part series, today we take a look back at the class of 2008 to identify the prospects whose productivity since that time has proven them to be undervalued in their high school days:

Matt Pressey, Cushing Academy, 60th in New England – The “other Pressey brother” wasn’t considered to be anywhere near the prospect that younger brother Phil was while the two were at Cushing Academy together.  But that all changed after Pressey spent two years at Navarro Junior College in Texas, earning first team National Junior College Athletics Association honors as a sophomore and ultimately committing to Missouri over Texas A&M, Iowa State, and Gonzaga.  He was in and out of the starting line-up as a junior and has started every game thus far as a senior.

What we missed – He’s an absolute menace on the defensive end of the floor and he picked a system that is perfectly suited for his game.  Former Mizzou head coach Mike Anderson’s “40 Minutes of Hell” approach was tailor made for Pressey, and Frank Haith’s willingness to maintain the tempo and shorten the rotation has worked out equally well.  The other thing we missed – the presence of a glaring weakness.  Pressey competes and defends his tail off, can score, make an open 3, handle the ball, and rebound in high volume from the perimeter.

Reggie Willhite, Phillips Exeter, 82nd in New England – He missed a good amount of his post-graduate season with injury and when he was in the line-up he looked powerful, but unskilled and fairly rigid.  The six-foot-four small forward didn’t crack the Yale rotation until he was a sophomore and didn’t make his first three-pointer until he was a junior.  Now a senior, Willhite is not only the emotional leader of the Bulldogs but he’s one of the most complete swingmen in the Ivy League, averaging 13 points, 5 rebounds, 3.4 assists, 3 steals, and 1 block per game.

What we missed – The chance to be thorough with our evaluations.  Willhite is a California native who missed time in his only year in New England, consequently we didn’t get to see enough of him to understand his DNA as a tough, hard-nosed competitor who continued to improve his game each and every year.  He’s another guy who made his living on the defensive end, maximized his impact through his work ethic, and continued to improve his weaknesses.

Ryan Sharry, Boston College High School, Unranked – Sharry wasn’t even a high school starter until his senior year, when he averaged 14 points per game.  It was strictly division III level recruitment at that point, but since then he’s developed into the best player on one of the best teams in division III college basketball.  Fresh off back to back all-conference honors, Sharry is currently averaging 20 points and 9 rebounds a game while leading Middlebury to a 9-0 ranking and the top spot in the D3hoops.com national poll.

What we missed – By his own admission, he’s another late bloomer, and so his body looks a lot different now than it did when he was back at B.C. High School.  His skill set was also underestimated back then as he wasn’t given nearly enough credit for his ability to step out and shoot or his overall versatility.

Greg Mangano, Notre Dame West Haven, 28th in New England – Mangano had Atlantic 10 level recruitment coming out of high school and he was ranked accordingly, but few people could have predicted he would develop into the type of player who would be earning spots on Team USA and considered a possible NBA prospect.  He was the pre-season Ivy League Player of the Year this year after a huge junior season for the Bulldogs.

What we missed – Not much.  In fact, we had a very good idea of who Mangano was as a player, we just didn’t value his strengths quite enough.  His combination of size and skill makes him the consummate match-up problem and his super high release point makes his shot almost impossible to block.  Bottom line – the way the game is being played right now, more high-majors than not would be happy to have him on their team this year.

Shane Gibson, Killingly High School, 42nd in New England – Gibson was considered to be primarily a catch and shoot player throughout most of his career, but he showed different dimensions in the summer before his senior year and rose up the rankings as a result.  Now he’s one of the NEC’s most potent scorers, finishing second in the league last year while earning third-team all conference nods.  This year he’s upped the ante to over 18 points and 4 rebounds per game.

What we missed – We knew he was a shot-maker and we saw the evolvement of his total offensive repertoire late in his career, but that’s a process that has continued in college.  Most importantly, Gibson is a guy who can make tough shots, with a hand in his face or off his back foot, and because he’s now a versatile offensive threat who can play off screens, his game transcends well to the college level.