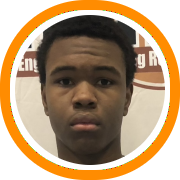 Ragland was named All-State last year in the CIAC and led Northwest Catholic to the finals of the CCC tournament before the state tournament was ultimately cancelled.

He's played with the Diamond Basketball Club on the grassroots circuit over the years and began to attract D1 attention last spring when he announced his intention to do a prep year.

"Cornell is getting a great kid and athlete with unlimited potential," said St. Thomas More head coach Jere Quinn. "He's a young player with a seven-one wingspan and six-seven frame and he scores in multiple ways. I'm totally happy that he's headed to a prestigious academic institution and up-and-coming basketball program."

Ragland is the fourth St. Thomas More product to commit to an Ivy League School in the last three years.

Below are highlights from his senior season.