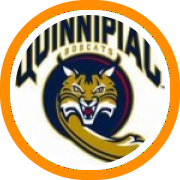 Will Harrison, a six-foot-three swingman from Western Texas College, pledged to head coach Tom Moore this weekend.  Harrison is a quick and athletic scorer on the wing who averaged 14 points and 7 rebounds this season.

A New York native, Harrison played his high school basketball at Wadleigh High School in the Bronx.  He will be eligible to suit up for the Bobcats next season following his graduation from junior college and will have two years in a Quinnipiac uniform.

Also committing to Quinnipiac this weekend was Lance Brown, a six-foot-three swingman who will transfer from Fordham.  Brown started 18 of 25 games during his freshman season in the Atlantic 10 and averaged 6.5 points and 4 rebounds per game.  Another athletic and tough swingman, Brown was granted his release when former interim head coach Jared Grasso, a Quinnipiac alum, was not retained as Fordham's head coach.

Brown will have to sit out next season per NCAA transfer rules but will be eligible for the Bobcats in the 2011-2012 season.

Quinnipiac won the Northeast Conference regular season championship this year in Moore's third season at the helm of the program and advanced to the finals of the conference tournament before falling to Robert Morris.