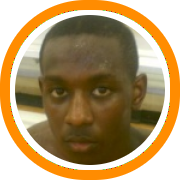 Raphael Chillious is entering his fifth season as the head men’s basketball coach at the South Kent School.  In each of the previous four seasons his teams have always had extremely talented players, and yet South Kent has yet to get over the hump and pick up that elusive NEPSAC crown.

While the level of talent on this year’s team remains consistent with years past, there are some noticeable differences.  While last year’s squad was based in large part around their interior players this year’s team clearly holds their biggest advantage in the backcourt.

“We’re definitely going to be perimeter oriented,” said Chillious.  “We have to make sure we maximize our quickness.”

With a starting lineup that could feature Washington bound point guard Isaiah Thomas, junior swingman Maurice Creek, super sophomore Dion Waiters, and junior forward Jin Soo Kim all playing around either Christian Morris or Assane Sene in the post, this team is not just quick, but they are extremely talented.

Waiters was the story of the day during Monday’s workout.  The 15 year old sophomore has already committed to Syracuse, and on this day he was the best player on the floor.  Simply put there doesn’t appear to be anything he can’t do with the basketball in his hands.  He is a special special talent who is almost undoubtedly a future professional if he continues to work hard and make good decisions.

Thomas and Creek weren’t in action as Thomas is recovering from an ankle sprain and Creek is due on campus in a couple of days.  But Jin Soo Kim appears to be poised for a breakout year.  The 6’9” small forward still has a fantastic touch from the three-point line, but he has also become more aggressive attacking the basket.

In the middle Morris and Sene provide two high major options with very different styles.  Morris, nicknamed “Beast”, is famous for his power on the interior and has already been featured on The Best Damn Sports Show for his multiple broken backboards.  Sene on the other hand is a skilled left handed player who is not only smooth on the offensive end but a very well timed shot blocker on the defensive end.

Keiran Ramsey is another player who was particularly impressive today.  Ramsey is one of the many South Kent players to boast tremendous physiques, but his skill level is also impressive as he was both knocking down shots from the perimeter and scoring in the lane equally effectively.

Other swingmen expected to contribute are Jervan Jackson and Kyle Mayers.  Jackson is a slasher from Florida who is said to have picked up scholarship offers from Rhode Island and Lehigh today.  Mayers is a guy that Coach Chillious already refers to as his “glue guy” as he is a tremendous athlete who can guard multiple positions and rebound the ball especially well.  Mayers recently picked up a scholarship offer from Fairfield University as well.

Providing depth in the backcourt are Stephen O’Reilly, Chris Rooths, and Dominique Farmer.  O’Reilly is a point guard from the Virgin Islands who has already generated a good deal of interest from Quinnipiac and Fairfield.  Rooths can play either guard position and is very solid all around.  Farmer returns to South Kent for his junior season.  Two years ago he was the first freshman to ever earn a roster spot on the prep team, but last year he did not return to the school.  This year he boasts a much improved physique in addition to being the team’s best perimeter defender.

Papa Fall is a 6’8” combo forward from the Senegal who rounds out the roster.  Fall, who will offer depth to the frontcourt, is said to be an excellent student who is hoping to attract the attention of some Ivy League schools.

Overall, this is certainly another talented South Kent team.  But it is also one that is better suited to win at the prep level as they will have excellent guard play, experienced leadership, and if today’s open gym was any indication a group of players who are hard working and anxious to prove their worth during the upcoming season.