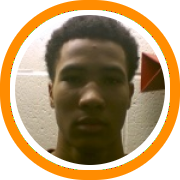 Phillips Exeter Academy competes in Class A of the NEPSAC, but they do it with a different philosophy then most of their competitors.  Because they are one of the most prestigious and rigorous academic schools in the country, they are only able to admit players who are potential fits for Ivy League type schools down the road.  Due to the fact that they are trying to field a team from such a smaller applicant pool, there has traditionally been a fairly significant gap between Exeter and some of the other Class A powerhouses.  But this year, with one of the deepest teams in school history, that gap has decreased significantly.

Exeter’s biggest strength lies in their backcourt where two heady point guards, Nate Schwarz and Jabari Trotter, will likely play a good deal of minutes together.  While both players are prototypical floor generals who make their teammates better they also compliment each other very well, as Schwarz is extremely fast from baseline to baseline and Trotter is a more physically powerful guard.  Both players are division I level recruits as Trotter already has suitors from the Ivy League, Patriot League, and America East and Schwarz isn’t far behind.

There are also plenty of good options coming off the bench as Max Gordon (pictured) and Alex King are expected to make important contributions.  Gordon, who is returning to Exeter for his second year, is getting recruiting interest from a variety of NESCAC schools including Tufts, Middlebury, and Wesleyan.  King, who also served as the quarterback of the football team this fall, brings a good deal of toughness and intensity to the team.

Exeter should also get good production out of their wing spots as there has been fierce competition for those starting spots.  Yale bound Reggie Willhite is likely to land one of the spots as the 6’3” forward brings a different dimension to the team with his explosive athleticism, physical strength, and defensive versatility.  Raoul Edou-Oloa, the post-graduate from Portsmouth Abbey in Rhode Island, may be the odds on favorite for the second spot as he is not only long and athletic, but has also been making shots from the perimeter at a consistent rate.

Jon Pike could also be in the mix for a starting spot as the Exeter native is said to be playing very well so far this year.  The 6’5” forward is a major mismatch problem as his impressive skill set allows him to attack defenses from both inside and out.  Jamie Karraker, who is headed to M.I.T. next year, will also provide important minutes with his three-point shooting prowess.

The battle in the middle may be between 6’8” Chris Applegate and 6’7” John Squirres.  Applegate is a rugged player who will bang people in the post and is getting some low major recruiting interest after having previously been offered a scholarship by High Point last spring.  Squirres is a very skilled player who could also see time on the perimeter with his ability to make shots and put the ball on the floor.  6’3” senior Charles Davis has improved significantly during his three-years at Exeter, to the point where Coach Tilton fully expects him to find his way onto a college roster next year.

With 11 players in the class of 2008 who are likely to make a college roster next season, this year’s Exeter team may be the deepest in school history.  With that level of talent and versatility, Exeter will be a team to be reckoned with this season.