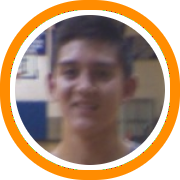 When Chris Sparks made the decision to leave the coaching staff at the University of Pennsylvania and accept the head coaching job at Wilbraham & Monson, many people expected W&M to quickly elevate the level of their basketball program…but few realized it would happen quite this quickly.

Using last year’s returning players as a base, Sparks has added a handful of talented newcomers to give Wilbraham & Monson one of the most talented teams in the WNE.  It begins with the big man in the middle, 6’10” Kostadin Marshavelski.  The super skilled five man has already generated recruiting interest from a wide range of division I programs, including high major schools like Michigan, Rutgers, Providence, and Miami.

But beyond his high level of recruitment, Marshavelski is a player who will give W&M a huge weapon during the course of the season.  His combination of size and skill will be unmatched in the league and consequently his only season at Wilbraham and Munson should be a dominant one.

Brent Abendroth is another newcomer who is expected to produce in a big way.  The 6’3” point guard will run the show for Coach Sparks and should thrive in that role given his obviously high work ethic, tremendous feel for the game, and high basketball I.Q.  But he’ll also put plenty of points on the board as he is good with the ball, can make open shots behind the three-point line, and has a very nice mid-range game.

Two senior swingmen, 6’4” Steven Jones and 6’3” Tyler Price, headline the returning list of players.  Jones has good size and strength for the position and should be able to score quite a few points with his ability to put the ball on the floor and go all the way to the rim or stop and pull-up.  Price is a terrific compliment because he is a pure shooter with deep range on the perimeter.

Other notable newcomers include: 6’5 junior swingman Milan Drecun, a Serbian native who brings another good sized player with toughness and a good perimeter stroke; Scott Watson a 6’2” sophomore guard who has a great feel for the game and the ability to score points himself or distribute the ball; 6’3” junior Maoi Marcelino who will serve as a valuable role player on both ends of the floor; and post-graduate guard Treadwell Lewis who arrives after a very successful career at the Christian Heritage School in Connecticut.

Whether or not Wilbraham & Monson will be able to fight off the likes of the Hotchkiss School to earn the first ever WNE title remains to be seen.  But one thing is for certain, their talented team will be right there at the end of the season, and with first year coach Chris Sparks now at the helm of the program, the future looks very bright.