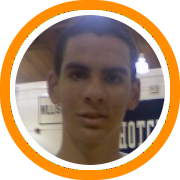 These 18 schools will no longer participate in the Class B Tournament at the end of the year, but instead will hold their own 8 team tournament to determine their season champion.  Right now the Hotchkiss School is considered by many to be the pre-season favorite.

Head Coach Fred Benjamin has a team that is young, but exceptionally talented.  Three of the top four scorers return from last year’s team that earned the 4th seed in the Class B Tournament before falling in the quarterfinals.

Jason Morris, one of the nation’s most highly acclaimed junior swingmen, leads the way for Benjamin’s squad.  Morris is a phenomenal athlete who finishes plays above the rim perhaps better than any other player in New England.  But that is just the beginning of his long list of attributes as he has great size for the perimeter (6’6”), a much improved perimeter jump shot, and good floor vision and passing skills.  With those type of qualities it’s not hard to realize why his recruiting list is a virtual who’s who of college basketball’s elite – Duke, Kansas, Georgia Tech, Georgia, Syracuse, West Virginia, Virgina, Memphis, Stanford, Wake Forest, Clemson, and Villanova to name a few.

Morris isn’t the only high-major talent on the Hotchkiss team as Derrick Wilson is also generating interest from a plethora of the nation’s best programs.  Despite being only a sophomore, Wilson carries an extremely powerful physique along with a polished skill set.  His game has improved by leaps and bounds since his freshman season last year, and it is literally scary to think how good he will be in three years if he continues to progress at the same rate.

Kellen Jones is the third double-digit scorer to return from last year’s line-up.  Jones is the only senior on the roster and will likely be asked to share the ball-handling responsibilities along with Wilson.  With a tremendously quick first-step, Jones is a threat to create his own shot at virtually anytime.  And now that he is finishing inside and knocking down the three with more consistency, he looks poised for a big senior season.

While the core of Morris, Wilson, and Jones returning to the Hotchkiss line-up gives them a big advantage over the competition, they also have several prominent newcomers, most notably 6’11” junior center Monty Brown and sophomore sharp-shooter Alex Miller, both of whom are generating recruiting interest from high major programs.  Brown will serve as the interior anchor of the team for the next two years with his ability to score and rebound inside the paint.  Miller will be New England’s version of J.J. Reddick for the next three years as he is a ridiculous three-point shooter with virtually limitless range.

Coach Benjamin also has a solid amount of depth coming off his bench.  6’10” sophomore power forward Emi Bassaw, 6’5” junior small forward Michael Rogers, and 6’4” sophomore swingman Zac Matthews are all newcomers who should be part of the rotation while 6’8” junior big man Ron Schruerfer is a returning starter from last year’s team who is a role player extraordinaire.

With such a young and talented roster, Hotchkiss is not only the early favorite to capture the first ever WNE title, but they also appear poised to be one of the association’s top teams for years to come.