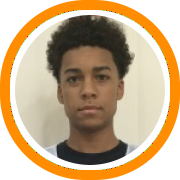 For as much as things change, they sometimes stay the same.

At this time last year, St. Andrew’s head coach Mike Hart was adjusting to an almost brand new team after graduating 8 members of his rotation from a season before.

Nevertheless, the Saints went on to remain among the Class AA contenders and make yet another post-season appearance.

A big part of that success was based on the emergence of some young talent like Aaron Wheeler and Cole Swider.

This year, the Saints are expected to stay in the thick of the hunt, in large part because of the continued maturation of Wheeler and Swider, who have both not only expanded their respective games in the last year but also their physical frames.

Wheeler has sprouted from 6-foot-3 to 6-foot-6 and become a step quicker in the process all while continuing to assert himself as one of the premier three-point shooters in New England. Wheeler has stretched another inch or so in the last year as well and boasts a terrific combination of size, length and budding skill.

While Wheeler and Swider may both be ready to play big roles this season, they certain won’t have to do it by themselves. In fact, St. Andrew’s returns an experienced three-man senior class along with two important post-graduates who will help to make the Saints among the biggest teams in Class AA.

6-foot-10 senior Terrell Brown has been among New England’s most well-known prospects since virtually his arrival at the high school level, and he’ll be looking to close his career on a high note as he puts together his size and soft touch. 7-foot-1 post-graduate center Cian Sullivan, who is already A10 bound after his commitment to LaSalle, provides not just tremendous size but also a true low-post presence and rim protector while fellow post-graduate Sammy Friday is another division I prospect and a true four-man who combines length, strength and athleticism along with some developing face-up game of his own.

Collectively, that group gives Hart the potential to go with a line-up that would be bigger than any other in Class AA with Brown and Sullivan capable of sharing the frontcourt together, moving Swider and Wheeler to the wings. In other words – 7’1, 6’10, 6’8 and 6’6.

The perimeter firepower will center around a pair of seniors in Eric DAguanno and Nate Duda. D’Aguanno was just one of several three-point shooters on last year’s roster, but he and Swider will be clear specialists on this year’s team. Duda is the player who appears poised to surprise a lot of people as he is currently playing the best basketball of his career and might have been the Saints’ most consistently productive player this fall.

One of the biggest keys to the season will be how the team performs at the point guard position and much of that will be based on Keyshaad Dixon, who will transition from the two-spot to play with the ball in his hands this year. He’ll be backed up by incoming junior Kahleb Downing, a transfer from Xavier High School in Connecticut, and potentially even freshman Robert Baum, who may be young but is nonetheless a talented playmaker off the bounce.

Put it all together and this is a St. Andrew’s team that will be capable of beating you in any number of ways. Yes, they’ll have more size than almost anyone else in Class AA, and they’ll certainly use it, but this is also a program that makes good use of the three-point line and they’ll still be capable of out-shooting plenty of people this year as well.

In other words – the players may have changed, the styles may vary but ultimately this is a St. Andrew’s team that is once again expected to be right in the thick of things in Class AA of the NEPSAC.