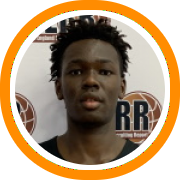 At South Kent School, Raphael Chillious returned to the program he once pioneered last season and in so doing led the Cardinals through both a revitalization and the most challenging year in recent prep history because of the pandemic. This year, he has South Kent back in AAA and competing against a national schedule.

Matt McCool, Mike Rogan, Andre Johnson Jr., Jadyn Green, and Blake Macklin are all back for their senior years, meaning that South Kent has a clear advantage over most in AAA when it comes to experience and continuity. McCool, a Marist commit, is best known for his versatility. Rogan, a Fairfield commit, for his shooting. Together though, their collective basketball I.Q. is also a huge weapon for this team. Johnson is the most improved player on the roster and appears poised for a breakout season with his shot-making and ability to score in bunches.

2. Kante gets room to grow

The other returning player on the roster is junior big man Papa Kante, who is also the team’s best long-term prospect with a long line of recent high-major offers to prove it. He is coming off a terrific showing in the EYBL this summer in which he asserted himself in the paint. What’s been clear this fall though is that Chillious is giving him the opportunity to grow and stretch his game as he’s showing his soft face-up touch, showing signs of being able to start the break with his dribble, and getting the freedom to play through his mistakes.

It became the mantra upon Chillious’ return. It is emphasized every day in practice and now the video proof even exists on social media. They’re going to pressure the ball, be active away from it, and held accountable to the man if not.

One thing I know for sure is if you’re in this program, you’re going to defend like your hair is on fire! #southkenthoops #sksnation pic.twitter.com/H1qrzid2Iv

1. Can the newcomers give them a boost, especially at the point?

Amarri Tice, an athletic 6’7 forward from Upstate New York who ran with the City Rocks this spring and summer, is the most notable of the newcomers. The only position where South Kent doesn’t return a talented and experienced piece though is at the point. Dylan Edwards and Kody Williams, a pair of post-grads from Maryland and Minnesota respectively, appeared to be the top two candidates for that job the day we were in the gym. Edwards is a smooth and skilled offensive player while Williams embodies the team’s defensive mindset and brings a clear reliability to running the team on both ends of the floor. Other post-grads expected to contend for rotation minutes include Chike Ezeonu and Jabril Robinson.

2. How much will they get from their underclassmen?

Chillious has assured a seamless transition to future teams by adding a good amount of young talent. Two local Connecticut products, JoJo Wallace and Lamonte Duffins, join Kante in the class of 2023. Wallace, who is the son of former Syracuse star John Wallace, shows particular promise. The sophomore class of 2024 includes two more division I prospects in Nate Guerengomba and Ollie Jones. While the future of this collective group is undeniably bright, contributing in a league that regularly features 19-year-olds poses an undeniable challenge this year.

This team has a lot of weapons – size, experience, shooting, basketball IQ, and defense. One category that is less obvious though is playmakers off the dribble. So, whether it’s someone to get into the lane off the dribble to collapse opposing defenses or someone to just “get a bucket” when the offense hits a wall, that role is still up for grabs and may ultimately be done by committee.