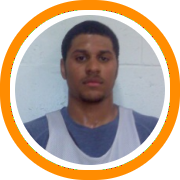 While his teams in the past have always been known for their toughness, discipline, and execution, Campbell believes this year’s squad may have more flat out talent.

Versatility is a big key as the roster features very few one dimensional players and instead a variety of guys who are capable of impacting the game in numerous ways.

Another key could very well be balance, both in terms of the distribution of size along the line-up as well as the projected scoring distribution, as MCI shouldn’t rely too heavily on any one player to create their scoring opportunities.

Up front the team will have a solid duo of Rafael Maia and Dominique Wilson.  Maia, a bruising 6’9” center has the strength and physicality to bang on the block with virtually anyone in class AAA and the skills to score his fair share of points.  Wilson has as much natural talent as anyone on the roster but may need to be brought along slowly as the junior from Kansas City only turned 16 in May.

Khristian Smith will be as important to the team’s success as anyone on the roster.  The 6’6” forward is a strong and athletic slashing scorer who will give Coach Campbell the flexibility to play either the four on a quicker unit or the three on a bigger line-up.

Ryen Vilmont is a post-graduate from Hamden High School in Connecticut who is already defying expectations.  A traditionally built power forward with length and strength, Vilmont has also proven to be a dependable spot up shooter from the perimeter.

Two wing forwards who should see significant time are Neal Beshears and Adam Thoseby.  Beshears is a 6’7” Indiana native who has the same smooth skill set you would expect from a Hoosier native while Thoseby is a southpaw post-graduate from England who has a sound skill set in his own right along with some deceptive athleticism.

Knight is a quick playmaking point guard from Baltimore, capable of creating offense both in the open floor as well as the half-court.  Grier is a shot-maker from New Jersey who was on fire when we were in the MCI gym, barely missing throughout a 90 minute workout.  Rodgers wasn’t in action that day but is a big point guard at 6’3” who will be the key to MCI’s backcourt flexibility because of his size and ability to play multiple positions.

Back-court depth will be provided by Ivan Filipan, a six-foot-four swingman from Holland, Chris Nolan, a steady floor general from Indiana, and Timo Kroker, a combo-guard from Switzerland.

This will be Campbell’s fifth year at MCI and during that time his program has become known for certain things.  Toughness, discipline, and execution have become the threads of the program but equally predictable is a team that continues to improve during the course of the season and inevitably grows into someone that no one wants to play by the end of the year.  With potentially more talent than in years past, this could be the season that MCI takes their next step.