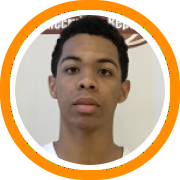 The post Abdul-Malik Abu era has begun at Kimball Union Academy and while this year’s team may lack star power, expectations are still high after runs to the quarterfinals, semifinals, and finals of the Class AA tournament in each of the last three years.

KUA head coach Michael Olson believes this could be his best defensive team yet and plans to go ten deep with his rotation on a regular basis.

While Abu is gone, the team returns a handful of veterans and consequently maintains the same style of play and overall culture that has proven so effective in recent years.

Senior guard Crew Ainge is a returning starter in the backcourt who sets the tone with his hard-nosed approach to the game. A playmaking defender who will have more of an opportunity to be an offensive focal point, Ainge is shooting the ball well and playing with a high I.Q. alike.

His running mate in the backcourt is likely to be senior point guard Eli Frater, a transfer from Trevor Day School in New York City. He’s already scored 1400 points in his career to date but is also a terrific defender. Post-graduate combo-guard Kahlil Garnes will provide additional depth while freshman point guard Jordan Huntley “has high D1 written all over him” according to Olson.

Moses Toriola and Charlie Williams are returning pieces up front. Toriola, the six-foot-ten senior center who recently pledged to Norfolk State, continues to make consistent strides in his game and will be one of the better defensive anchors in the league. The six-foot-eight Williams has played a lot of minutes over the last two seasons and is a solid role player capable of backing up either the four or five spots.

Junior forward Luke Rosinski is one of the more notable newcomers on the team. A true mismatch problem for opposing defenders, the local New Hampshire product can space to the three-point line or operate with his back to the basket and will likely start next to Toriola along the frontline.

A trio of small forwards lend depth and versatility to the line-up. Jon Siu is a six-foot-four post-graduate from the Middlesex School who is hoping to contend for the fifth starting spot. Six-foot-four junior Cooper Williams is a shooter with range while Ross Gerber is another incoming junior who comes to Meriden by way of Casenovia, New York.

In total, this is a team that could very likely be better than the sum of their individual parts. There are no stars but there is depth, balance, experience, and a collective tenacity that will likely be best demonstrated on the defensive end of the floor. That’s a recipe for a team that is bound to surprise some people this season and make their fourth consecutive appearance in the post-season in the process.