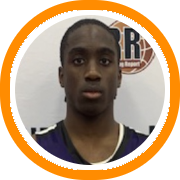 This year, we are going to begin with the local teams who will take part in the National Prep Showcase, held November next week at Albertus Magnus College in New Haven, Connecticut.

At Cushing Academy, the program has established a proud tradition that extends back through multiple coaches and decades now. Under James Cormier, they’ve been to the NEPSAC AA championship game in two of the last four years, winning the title in 2017.

1. They return a significant core

The pandemic presented a unique challenge for every school in New England. At Cushing, Cormier turned his gym into a basketball school of sorts where games were replaced by even more concepts and instruction than usual. Because the Penguins return a number of players from that team, they should be way ahead of the curve this year with Chase Ross, Brendan Coyle, Giovanni Tam, Mike Carothers, Andy Rosen, Axel Traina, and Adrian Uchidiuno all have gained that knowledge and chemistry.

2. Depth is on their side in AA

While they return a significant core, Cushing also welcomes a number of highly talented newcomers. Marcus Jackson, a longtime staple of the City Rocks program, and 6-foot-6 forward Gabe Westrich are post-graduates. Luke McEldon, a 6-foot-10 big man who already owns high-major recruitment has enrolled in the class of 2023 along with Thayer Academy transfer Marvin Musiime-Kamali, a hyper athlete with a rapidly emerging game, and Nate Bledsoe, a high-academic prospect from Texas. Ebuka Okorie is a talented long-term prospect in the class of 2025. In total, the Penguins have at least 8 players on the roster with division I recruitment, which should be more than anyone else in AA.

3. The pieces fit together

So, they have experience, continuity, and depth. Just as important, they also have balance on the roster with various players owning unique niches on the team. Ross and Jackson are elite defenders. Coyle and Carothers are the shooters. McEldon and Tam are the interior anchors. Westrich is the utility frontcourt player. Musiime-Kamali is the athlete and swiss-army knife. Rosen and Traina are the versatile blend players. In short, this roster checks about every box.

1. Can Ross step into a consistent leadership role?

Ross was one of the breakout performers at the NEPSAC Showcase in June and he followed that up with an equally impressive month of July with Drive Nation in the EYBL before committing to Marquette this fall. With his recruitment now behind him, the only question left is whether he can produce at that high level every night in a league where opposing teams will game-plan against him.

2. Does Uchidiuno take the next step?

The junior guard has as much long-term potential as anyone on the roster with positional size, length, quick twitch athleticism, and playmaking instincts. We said the same thing a year ago too and so what we’ll be watching for this year is the process of turning potential into production on an increasing consistent basis.

3. Does recruiting become a distraction?

The annual balancing act for any prep school coach is getting the players to focus on the success of the collective team and take the emphasis away from themselves. That’s much easier when their recruitment in behind them. For Cushing though, Ross is the only player on a senior-laden team to have made his decision. Coyle, Tam, Jackson, Westrich, and Carothers still have uncertainty about their future. And of course, everyone on the roster is there to improve themselves and their opportunities individually as well. Keeping the focus on the “we” instead of the “me” – even amidst uncertainty – will be key to their championship aspirations.