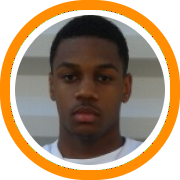 The New England Recruiting Report will be rolling out our updated rankings in the next week, beginning with a look at the rising senior class in each of the six local states.

The Nutmeg State is up first where Steve Enoch holds the top spot.  The six-foot-ten big man missed the final two weeks of the summer but has nonetheless solidified himself as a national level prospect with his combination of size and budding skill.

Enoch, who will transfer from Norwalk High School to St. Thomas More for the coming year, is followed by Malik Petteway.  He was the unsung hero of a Sacred Heart team that won a CIAC state championship in his junior year and has now become a priority target for a variety of low to mid-major division one schools.

The first post-graduate on the list is Putnam Science’s Kealen Ives, who added three division I offers of his own this summer and is the state’s top point guard in the rising senior class.

Canterbury’s Brandon Aughburns is a big man who has made dramatic strides in his game within the last year and picked up multiple division I offers himself this summer while Fairfield Prep sniper Thomas Nolan, who made an early pledge to Fairfield, rounds out the top five.

Suffifeld Academy big man Christian Wilkins may be headed for a high-major football field next year but that doesn’t mean he won’t be the most dominant interior presence in Class B of the NEPSAC this season.

Speaking of unmatched interior presences, seven-foot-two center Tyler Jackson is going to be unmovable inside South Kent’s 2-3 zone this year and has the sheer size to immediately change a game.  He comes in the 7th spot.

Jeremia Livingston makes his debut in the rankings in the 8th spot.  The long and lanky playmaking guard made a name for himself this summer, but that was long after he set the CIAC mark for most 40 point games in a season last year.

Norwalk’s Roy Kane holds on to his spot in the top ten by virtue of his versatility and ability to play virtually every position on the floor at the high school level while the top ten is rounded out by incoming St. Thomas More post-graduate Ian Gardner, who is coming off a breakout summer of his own.