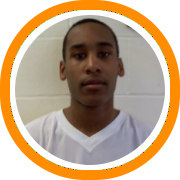 Hamden Hall senior Darren Payen had taken his recruitment all the way down to the wire, and on Tuesday afternoon he was ready to make his announcement.

The site of that announcement was the setting of some of his most impressive moments, Hamden Hall’s Beckerman Athletic Center.

Payen had been recruited by a variety of mid-major programs throughout the year, including a burst of new schools in recent weeks, but ultimately trimmed his list to Northeastern, Hofstra, and St. Bonaventure.

On Tuesday afternoon he announced for Hofstra and signed his National Letter of Intent in front of family and friends gathered for the press conference.

"As soon as I stepped on campus I felt like I could see myself there," Payen told the New England Recruiting Report. "It is a good academic school and in a good location for me."

"With the transfers and recruits they have, I think their program could make a jump in these next couple of years," Payen said, "and I could develop into a true wing player."

Payen was the NEPSAC Class C Player of the Year as a junior, leading Hamden Hall to the New England Class C championship, while earning first team all New England honors during his senior year.  He starred with East Coast Elite on the AAU circuit.

While Payen has been considered one of the top local players in Connecticut’s class of 2012 for some time now, the consensus is that he’s still just scratching the surface of his potential.  An athletic southpaw with a consistently evolving skill set, Payen has the potential to develop into a true inside-out four-man at the next level.