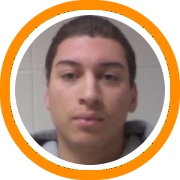 The opening game of the weekend started a little slow as both team’s struggled to find their rhythm early.  The most notable fact of this contest from a recruiting standpoint was the presence of Rhys Murphy in Lee’s line-up.  The Australian native has been out of action with an injury for the vast majority of the season after captivating mid and high major coaches last summer in AAU ball.  His presence on the court today was enough to get Wake Forest and Oregon State in the house watching.  But while Murphy did some nice things, he really didn’t do anything to stand out from the other players on the court.  One guy who did manage to do that was Lee junior Jason Sun who showed a nice touch as well as the ability to score inside and out.  Ultimately, Lee held on down the stretch for a 51-50 win over the team from Nevada.

The Chancellors had a slow start to the game, falling behind the team from Maryland in the first half.  But behind another spirited performance from West Virginia bound big man Dan Jennings, they were able to mount a comeback and score a win in what was a tightly contested game down the stretch.  Jennings was a beast inside – ripping rebounds away from the competition and showing the rare ability to block/alter a lot of shots without getting into foul trouble.  Offensively, he was able to establish deep low post position a number of times which made him virtually unstoppable.  Other noteworthy performances for STM were: Andrew Davis who hit a clutch three from the corner with a minute to go in the game; Anell Alexis who also made a couple of big shots in the second half; and Carl Johnson who attacked the rim and helped seal the decision at the foul line.

It was the story of two different halves for Notre Dame.  They started the game on a tear as they moved the ball extremely well – pushing it hard up the floor and whipping it around in transition until they got an open shot.  But they hit a lull fairly quickly and went into halftime with the game virtually deadlocked.  But when they came out in the second half they looked more like the team that started the game as they gradually pulled away from a very talented Stoneridge team.  Johnnie Lacy, Sean Kilpatrick, James Southerland, and Ron Giplaye all put up good numbers as usual, but the guy we were impressed with was Jake Barnett, who recently cracked the starting line-up.  The 6’5” shooting guard made a couple of deep threes and was generally active on both ends of the floor.

In what was the most entertaining game of the day Patterson jumped out to a big first half lead, only to see Brewster fight all the way back and cut it to 2 at one point in the second half.  Ultimately, Patterson made enough plays down the stretch to hold on for the victory.  But the real story in this game were the individual match-ups that were taking place in the frontcourt as Brewster’s Thomas Robinson and Andrew Fitzgerald went up against Hassan Whiteside (Marshall) and Rashanti Harris (Georgia State), both of whom are high-major level talents who chose to go to mid-major schools.  Fitzgerald put up the biggest numbers with 25 points and 10 rebounds while Robinson’s made a variety of plays that showed exactly why he was recruited by virtually every high major program in the country before choosing Kansas.  The 6’7” forward came up with a few explosive dunks: the first a mid-air tip in where he cocked the ball back for good measure; the second after catching the ball in the middle of the paint, stepping across Whiteside’s body to establish a steal and then dunking it on the long 6’11” forward; and the third when trailing a 2 on 1 break and getting the ball pitched back to him, he elevated and dunked the ball…not on…but over…Patterson’s 6’3” guard Waly Coulibaly.  But Robinson’s excellence went beyond his explosive finishes as he passed beautifully out of double teams on the block and showed flashes of a mid-range pull-up off the dribble.  Derrek Tartt also played well for Brewster, stroking 3 of his 4 attempts from downtown.

Maine Central Institute built up a 15 point second half lead only to see the Canadian National Elite Development Academy storm back to make it a one point game with 30 seconds remaining.  But when Eric Bland came up with a steal on the final defensive possession, pitched it ahead to Mitch Rolls, who then threw it ahead to Martino Brock for a break-away dunk, MCI earned the 52-49 win.  Brock and David Grebru both scored a team high 15 points as Brock made open shots in the half-court and finished the brake effectively, while Gebru got quite a bit done in high-low sets.  Colgate bound guard Mitch Rolls also showed his pure stroke from behind the arc early in the game, which resulted in him not seeing any open looks for the better part of the remainder of the game.