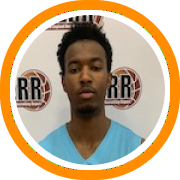 Day two of the National Prep Showcase pushed the college coach head count to over 70 while welcoming scouts from 24 different NBA teams.

The action was fast and furious from the opening tip to the very last possession as the day began with a terrific match-up between Brewster and Fork Union and culminated with perhaps the best game of the day with Putnam outlasting Scotland Campus.

Fork Union came out with their normal disciplined and hard-working approach as they executed their offense while playing with an inspired amount of energy. It looked as if they were on the verge of pulling away in the second half as they had pushed their lead to 14 with just over 4 minutes to play. That's when things started to click for Brewster as they raised their energy level, picked up full-court defensively, and went on a dramatic run to steal the game. Matt Cross led the way in the comeback as he began to impose his will on both ends to finish with 21 points. Terrence Clarke was again efficient offensively with 19 points on 7-14 shooting and 3-4 from behind the arc. Jamal Mashburn Jr. and DeMarr Langford Jr. provided consistent approaches and production throughout the weekend and finished with 14 and 11 respectively.

STM finished the weekend 2-0 after holding on for a tight win over The Skill Factory. Balance was the key for the Chancellors as five different players scored between 8 and 14 points. Jared Garcia and Chris Manon had 14 and 13 respectively but Zeke Blauner provided a different burst with 11 points. Jordan Brown was the standout for TSF as he scored a game high 22 points. Kei Sotto wasn't quite as dominant as he was on day one but still strung together 14 points and 7 rebounds while showing off his massive long-term potential.

IMG ran right over a short-handed Link Year squad for the most lopsided outcome of the weekend. Kenyon Martin Jr. was dominant with 24 points and 8 rebounds while missing only 2 shots on the day. Providence bound guard Alyn Breed showed his versatile scoring prowess finishing with 22 points of his own on 9-12 shooting along with 5 rebounds and 4 assists. Unsigned senior Darius Miles finished with 17 for IMG. Link Year got a much better showing from Jarrett Hensley, who finished with 18 points, and started to show why he is going to be such a steal for UNC Greensboro.

NHS fought valiantly and kept the game close until the bitter end when Hargrave was finally able to pull away. The backcourt tandem of KD Johnson and Mark Sears was absolutely sensational, combining for 60 points on the day. The 28 points from Georgia commit KD Johnson was a continuation of what we saw on Friday but Mark Sears' 32 points established him as one of the best available guards on the week. A.J. James, another unsigned guard, was also impressive showing his perimeter size, length, and playmaking ability while finishing with 18 points, 4 rebounds, and 3 assists. New Hampton sophomore forward Alex Karaban was terrific in his first game on the big stage, going for 27 points on 12-16 shooting. Senior Jahmyl Telford added 15 points, 5 rebounds, and 4 assists while Matt Becker added 11 points and 8 rebounds.

Karim Mane was the big attraction for NBA scouts but struggled with 12 points on 1-8 shooting. Instead, Vanier got great production from the backcourt tandem of Kahlifa Koulamallah and Nginya Ngala who finished with 27 and 24 points respectively. Massachusetts native Bryson Andrews took advantage of the big state for Bridgton, finishing with 24 points while knocking down 5 of his 7 attempts from 3. Myles Corey added 15 points for the Wolverines.

Four players scored in double figures to lead Sunrise over CBD Montverde in a battle of two teams from outside the region. Tymer Jackson scored a team high 24 points on 10-16 shooting while Blaise Keita was a man among boys inside the paint with 14 points and 14 rebounds. Tyrin Lawrence and Tobias Rotegard chipped in with 13 points each. LaSalle bound wing Anwar Gill led the way with a complete performance for Montverde putting up 24 points, 7 rebounds, and 6 assists. Lachlan Bofinger and Sam Davidson contributed 11 and 10 respectively.

NMH came out intent to push the tempo but ended up winning this one on the defensive end as shots weren't falling with the same frequency as they did on Friday. Moses Ngodock dominated the paint with 16 points and 12 rebounds while Sam Silverstein stuffed all columns of the state sheet with 8 points, 10 rebounds, and 5 assists. NMH held Massanutten to 31% shooting from the floor. AJ Davis had 13 points and Tyson Brown 11 for Massanutten.

Scotland roared out to a big first half lead but Putnam continued to chip away in front of a capacity crowd that included famous rapper Lil Uzi Vert. Five different players scored in double figures led by another 18 points from Marty Silvera, an unsigned guard who had a tremendous weekend. Hassan Diarra was the emotional leader as always with 16 points while DMaurian Williams provided an offensive spark with 13. Vlad Goldin also made his New England debut this weekend, finishing with 10 points, and showing off a very high upside. Scotland was led by elite shooting forward Jayson Woodrich, who capped a fantastic weekend of his own, while Iowa State bound wing Darlinstone Dunbar delivered another 18 points and 7 rebounds. Abou Ousmane scored 16 points against his former team showing his prowess in the post while Jaeden Zackary ran the show with 15 points at the point.