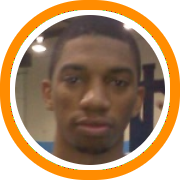 Notre Dame Prep’s Zarko Valjarevic committed to stay in New England for another four years on Sunday when he pledged to Maine head coach Ted Woodward.

Valjarevic is a Serbian native who arrived at Notre Dame earlier this fall and attracted almost immediate mid-major recruitment.  Having waited the season out his name had become increasingly popular in recent weeks as a variety of programs looked to solidify their 2011 class.

“I’m very happy that Zarko has found a program where he’s expected to be a factor from day one,” said Notre Dame Prep head coach Ryan Hurd.  “Coach Woodward told me in September how much he would love to have Zarko at Maine and I’m glad to see it come to fruition.”

Valjarevic, who was recruited primarily by Woodward, will join a Black Bears team that has developed an increasingly international flavor in recent years.

“I think it’s a lot easier to sign a National Letter of Intent when you know the head coach was the guy who spearheaded your recruitment,” said Hurd.  “Zarko is going to be very good at Maine.”

Valjarevic is a six-foot-four swingman who is expected to contend for immediate minutes for the Black Bears.  He shoots the ball extremely well from the perimeter, has some deceptive strength and athleticism to his frame, and also knows how to create separation in the mid-range area.