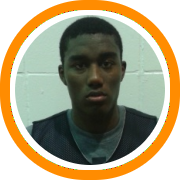 Notice’s commitment comes little more than a week after he visited the South Carolina campus.

The Canadian native emerged into one of St. Thomas More’s offensive catalysts and primary playmakers this season.

He was named first team All-New England in Class AAA of the NEPSAC and was one of the big reasons why the Chancellors were able to earn the top seed heading into the post-season tournament and make a run all the way to the finals.

Notice had multiple mid-major offers that only multiplied during the course of the season but had only recently landed his first high-major offers from Seton Hall and South Carolina.

Notice becomes the fourth player to commit to South Carolina this season, but he may not be the last.